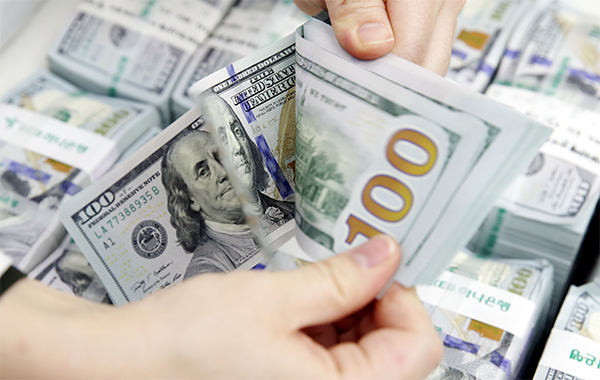 이미지 확대
South Korea’s foreign exchange reserves hit a fresh record high of $409.65 billion at the end of January, breaking the previous record set just a month ago thanks to the growth in profit gains from non-dollar denominated assets.

According to data released by the Bank of Korea on Wednesday, the country’s foreign exchange reserves totaled $409.65 billion as of late January, up $840 million from a month ago.

The central bank said the gain was largely driven by the increase in gains from investments in assets denominated in foreign currency, although the value of non-dollar assets weakened due to the strong U.S. dollars. 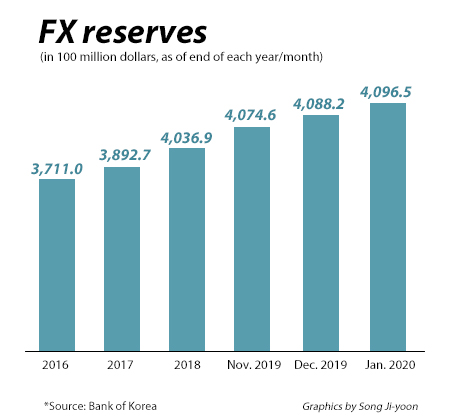 이미지 확대
The special drawing rights (SDR) from the International Monetary Fund (IMF) slipped $20 million ton $3.34 billion. The SDR is an international reserve asset created by the IMF that can be withdrawn by its members in proportion to their quota in the fund.

The nation’s reserve position in the fund amounted to $2.78 billion, down $10 million. Gold reserve remained unchanged at $4.79 billion.

As the end of January, South Korea was the world’s ninth largest holder of foreign exchange reserves. China ranked top with $3.18 trillion, followed by Japan at $1.32 trillion and Switzerland at $854.8 billion.