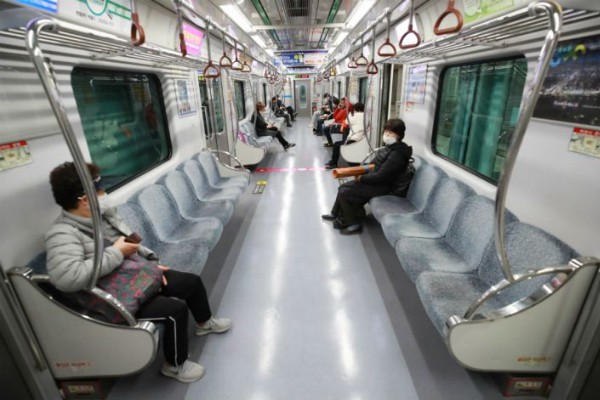 South Korea’s subway operators would see their combined deficit stretch by 1.7 trillion won ($1.53 billion) by the end of the year due to the increased free rides under the government’s welfare program and reduced traffic amid Covid-19.

The ballooning deficit also owes to the cost incurred by the government’s program that allows senior citizens aged 65 or older, the disabled and people of national merit such as war veterans to ride the subway for free. The heavy cost burden solely falls on the subway operators as the central and local governments continue to shift the cost covering responsibility on each other.

Seoul Metro has already made an annual loss of around 300 billion won from free riding since 2016. It said its free ride losses from January to June this year amounted to 133.3 billion won at a time when the entire number of subway riders declined by 24.9 percent on year from January to August to 1.35 billion due to the Covid-19 movement restrictions. It added the subway operators in other cities also saw the number of passengers fall 29 percent on average during the first eight months.

The Seoul city government said that fare hike would be the last option, and it will first do its utmost efforts to receive state support to cover the losses made from free rides.

By Choi Hyun-jae and Choi Mira