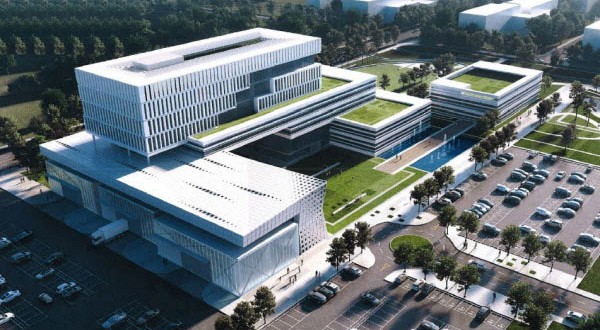 NHN tendered a sole bid worth 92.3 billion won ($83.4 million) to the Gwangju Metropolitan City Government as part of the city’s AI industrial cluster project to build a 107 petabyte (PB) data center by 2022, according to the industry sources on Sunday. “The data center will provide data to companies operating in Gwangju,” Sohn Kyung-jong, the head of AI industry team in the city said. The two sides are expected to complete the deal after holding a final screening on Monday.

NHN, a latecomer to the cloud computing industry, has already secured two data centers in Pangyo and Gimhae. With the addition of another center in Gwangju, it would have data centers that cover nearly entire country – the northern part of the country, as well as the southeastern and southwestern parts. “Once the bid is accepted, we will begin to provide computing resources before the end of the year,” a company official said.

With the addition of the Gwangju data center, the nation’s southwest region is emerging as a data hub as big name tech firms are rushing to set up their data and technology centers.

With an aim to develop the region into Northeast Asia’s data hub, the company will spend around 2 trillion won in building a renewable energy-powered data center and venture cluster that will be part of ‘SK Town,’ a comprehensive technology cluster that will also have parks and library. It will first establish a 50-megawatt solar power generation facility in cooperation with SK’s energy unit SK E&S. “The low-power data center will not only significantly reduce carbon emissions but also have a price competitiveness compared to data centers in other neighboring nations such as Hong Kong and Japan by providing electricity at 30 percent to 50 percent cheaper cost,” the company said.

Gwangju city is setting up an AI cluster that can be integrated with the region’s base industries like automobiles, energy and healthcare to promote economic growth and add jobs. The city will invest 393.9 billion won to build a 46,200-square-meter cluster by 2024 that will support various projects related to autonomous driving and AI. It expects the project will nurture more than 500 AI startups and add 4,500 jobs.

“As of now, a total of 51 firms signed an investment agreement of which 32 have completed in establishing a subsidiary,” Sohn said. “Once the data center is constructed and more data on the region’s key industries like automobiles, energy and healthcare becomes available, the city will attract more companies.”