Korea’s two full-service air carriers fueled with state bailout fund since pandemic crisis may go under one roof, according to an ambitious state-led restructuring scheme that would nationalize flag carriers and face strong resistance from stakeholders of the two airliners as well as antitrust issues.

According to sources close to the matter on Thursday, the Korea Development Bank (KDB) working on a restructuring outline for Asiana Airlines under state creditors and fund life-line following the flop in sale to a consortium led by HDC Hyundai Development is mulling a broader outline to build economies of scale in full-service air business after it gains a sizeable stake in Korean Air Lines through equity investment.

Under the outline, KDB will take up 1 trillion won ($896.1 million) in new stock issues by Hanjin KAL, the parent of Korean Air Lines. Through the proceeds, Hanjin KAL would buy the 30.77 percent stake in Asiana that its parent Kumho Industrial failed to sell in an open tender. 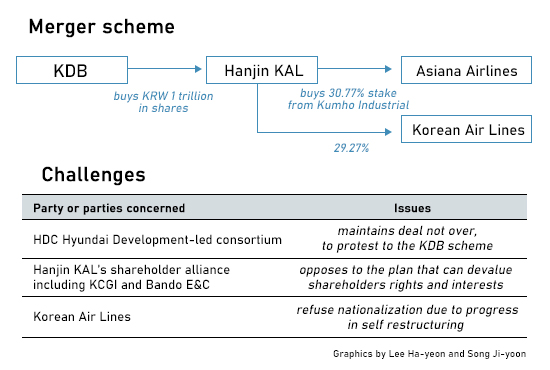 KDB issued a press statement, denying the scheme is under progress and it was studying various options.

Although bulking up through integration is an international trend, the scheme faces too many challenges to realize.

The merger of the two biggest airliners could raise monopoly concern.

Korean Air commanded a 22.9 percent share in domestic air traffic and Asiana 19.3 percent as of the end of last year. When combining the budget carriers under the two, their domestic market share reaches 62.5 percent.

Valuation of the Asiana stake could be tricky. Persuading shareholders and employees should be hard. 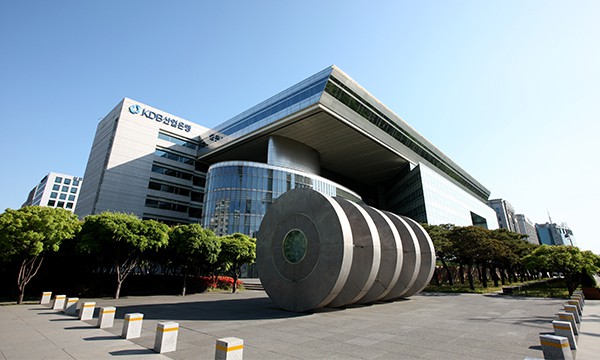 If KDB acquires Hanjin KAL shares to become the third-largest stakeholder, Cho Won-tae will be positioned much better to tighten his grip against the opposing front.

Nationalization of flag carriers also can have big ramifications.