Korea loses startups for the first time in 5 yrs in 2019: tax data 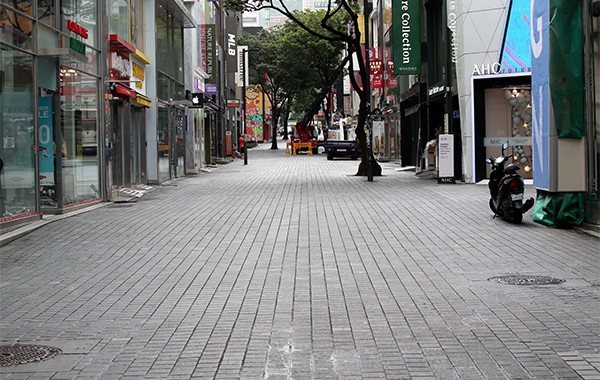 The number of individuals that started business in South Korea last year fell for the first time in five years amid economic slowdown, tax data showed.

According to data on 2019 tax collection released by National Tax Service (NTS), the number of new business registration by self-employed and corporations reached 1.3 million last year, down 56,000 from the previous year. It was the first decline since 2014.

The number of corporations increased to 140,000 in 2019 but that of new self-employed businesses fell more than 5 percent on year to 1.18 million.

New businesses were set up mainly in retail sector – which saw a 12.9 percent surge in number compared with 2018 – service sector 4.2 percent, and food and beverage sector 2.0 percent. The number of new businesses, however, fell 27.2 percent in real estate and rental sector, 24 percent in electric, gas, and tap water sector, and 5 percent in manufacturing sector.

Business subject income tax totaled 8.05 million last year based on business license registered as of end of 2019, increasing from 6.7 million in 2015.

The tax agency also reported it seized more than 2 trillion won by tracking delinquent taxpayers and through bonds last year, up 28 percent from 1.6 trillion won in 2015. The agency carried out inspections on 4,100 transfer income tax cases and collected 350.9 billion won, of which 88.5 percent was transfer tax on real estate income.

Data also showed that nearly 50 trillion won worth of assets were inherited or gifted last year, up 10 trillion won in two years.

Data showed that a total 49.7 trillion won worth of wealth has been transferred through inheritance and as gift, of which 60 percent were of real estate property.