According to the Global Debt Monitor released by the Institute of International Finance (IIF) on Monday, Korea’s household debt to GDP ratio rose 3.9 percentage points from a year ago to 95.1 percent in the third quarter ended September last year. Market experts attributed the gain to the runway housing prices in Seoul.

The growth was the second highest after Hong Kong that saw the figure increase 6.3 percentage points to 77.3 percent over the period. 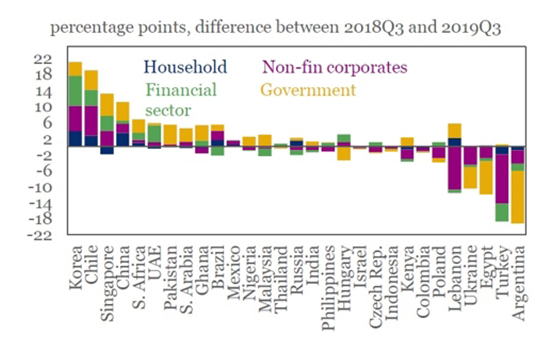 The nation’s government debt-to-GDP grew 3.5 percentage points to 40.2 percent, slower than other countries including the U.K. with a 10.1 percentage point gain and China 4.6 percentage points. But Korea’s total debt across the household, government, financial and non-financial corporate sectors against GDP increased at the fastest pace among the 34 regions, boosted by the swelling household and corporate debts.