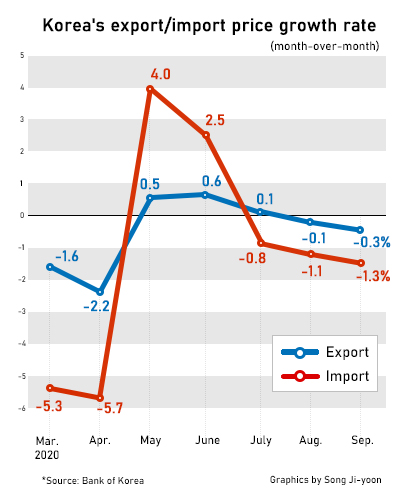 The country’s export price index in September dropped 0.3 percent from the previous month, extending the 0.1 percent decline in August, according to the Bank of Korea on Friday.

Against a year earlier, the index dipped 6.2 percent, down for the 14th consecutive month.

September prices of Dubai crude fell 5.7 percent on month to $41.51 a barrel.

The Korean won in September gained 0.68 percent against the U.S. dollar from the previous month.