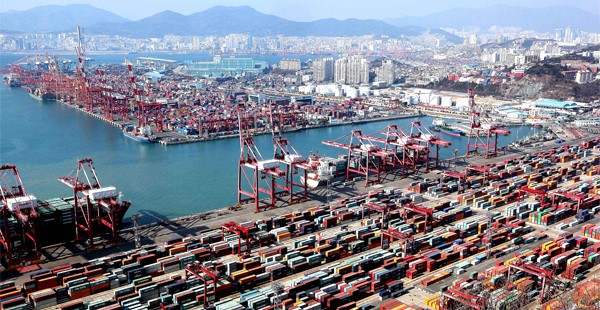 Korea posted a current account surplus of $6.57 billion in August, down from $7.45 billion in the previous month, the Bank of Korea said Thursday.

The country has maintained its surplus streak since May after registering a deficit of $3.33 billion in April, its biggest red in almost a decade.

The goods surplus in August shrank to $7.01 billion from $4.63 billion a year earlier.

The service account narrowed its deficit to $800 million from $1.56 billion in the year-ago period. Travel deficit amounted to $470 million.

The primary income account, which includes net flow of dividend payment overseas and net remittance flows from migrant workers, ran a surplus of $630 million, sharply down from $2.02 billion a year ago. This was largely due to the dividend income account, which swung to a $90 million deficit after losing $1.49 billion on year.

The secondary income account posted a deficit of $270 million.

The capital account, which tracks cross-border capital flows, registered a net inflow of $4.84 billion in August.