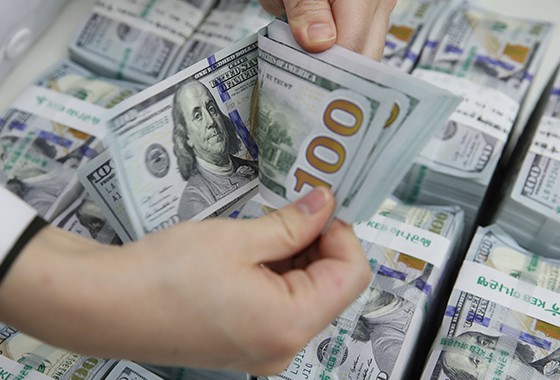 According to the Bank of Korea on Wednesday, Korea’s foreign exchange reserves reached $420.55 billion at the end of September, adding $1.59 billion from the previous high of a month ago.

The gain in external reserve was largely driven by higher revenue from the bank’s foreign exchange operations and new issuance of forex stabilization bonds, the bank said

The finance ministry last month sold $1.45 billion in sovereign bonds denominated in the U.S. dollar and 700 million ($825 million) in euro. 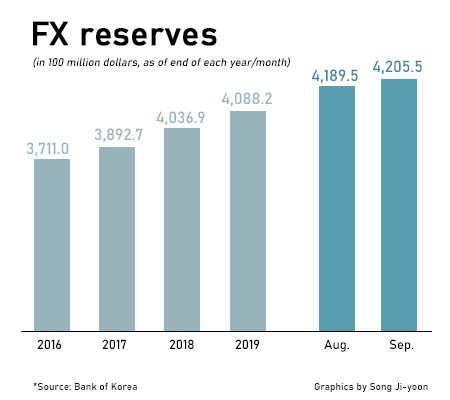 이미지 확대
Securities including government, public entity and corporate bonds came at $379.08 billion, down $3.7 billion from a month earlier for the first time in six months. Cash deposits in foreign bank accounts rose $5.33 billion to $29.15 billion.

Korea remained the world’s ninth biggest holder of foreign exchange reserves as of the end of August. China ranked top with $3.16 trillion, followed by Japan with $1.4 trillion and Switzerland with $1.01 trillion.