Jeju Air qualified for state bailout while Eastar is not, KDB chief 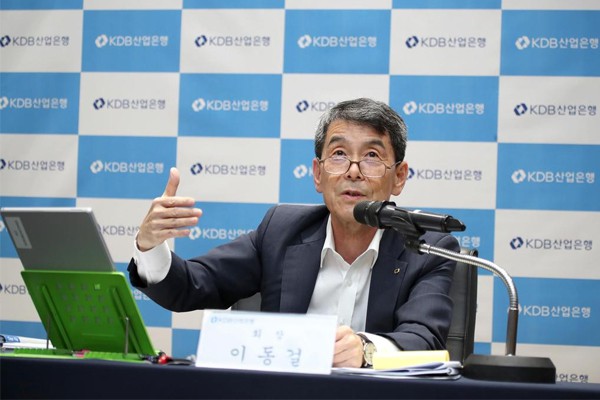 “Air Busan could be a candidate as a part of the package for airliners but Eastar Jet Co. whose capital has been completely eroded before the virus outbreak is not qualified for either state bailout or relief funding, he said.

Jeju Air and other budget carriers so far have been ruled out from the 40 trillion won ($34.2 billion) state reserve originally laid out to protect large companies from the ruins of pandemic and were turned away to commercial lenders backed by 135 trillion won relief programs.

Jeju Air in July formally abandoned Eastar Jet after tantalizing courting for eight months amid foggy outlook on normalization of passenger air travel due to ongoing virus threats and opposition from shareholders.

Lee also mentioned about the fallout of the buyout deal for full-service carrier Asiana Airlines. “Creditors will make efforts to normalize the airliner as soon as possible and then will reattempt sale upon improvement in corporate and market conditions,” he said.

The chairman however was cautious about the possible investment into troubled carmaker SsangYong Motor Co. by California-based import automotive distribution business HAAH Automotive Holdings. “What I’ve been reported is that talks are ongoing now.”

By Choi Seung-jin and Lee Ha-yeon