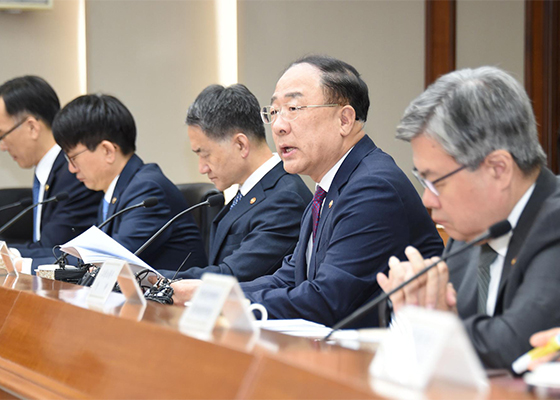 South Korea will start scaling down recruitment of teachers at public schools and draftees to come to terms with the alarming demographic realities from rapid aging and birth rate at near zero,

The pan-government task force held a meeting on Wednesday in Seoul and announced a set of measures to tackle demographic challenges. The team is tasked to address 20 policy issues in four strategic areas – measures to increase working age population, ease shock from decreasing number of absolute population, deal with aging population, and managing increased welfare expenses.

The task force team said that it will come up with detailed plans to revise mid- to long-term classroom system next year and launch pan-government discussion. The move comes after the government announced a plan in April for 2019-2030 to reduce the quota for new teaching staff at public primary schools by 14 to 24 percent and secondary schools 33 to 42 percent by 2023.

The Ministry of Economy and Finance said that the government will come up with a set plan that will be applied from the second quarter of next year to reflect the reduction in school age population. 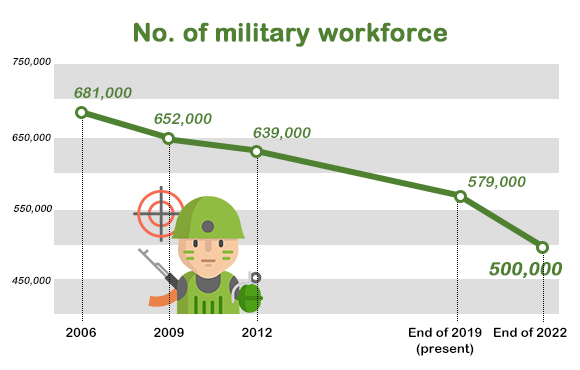 이미지 확대
The government also plans to lower the draftee quota to 500,000 by 2022 and enhance machines like drones, spy satellites, and unmanned aircrafts to replace the drop in foot soldiers.

It will increase the quota for female officers from current 6.2 percent to 8.8 percent by 2022 and consider making it mandatory for naturalized Koreans who are given an option now to serve in the military starting next year.

It will extend service period of mid-level military officials from next year. Currently, colonels serve until they are 56 years old, lieutenant colonels 53, and majors 45. It will also review the plan of easing age requirement for non-commissioned officers from current maximum age limit of 27 years old to 29 years old.

The government aims to revise the country’s military service act to replace about 7,000 reserve forces and 600 full-time reserve officers working at military welfare facilities with social service agents by the end of 2022.