Financial and income state all worsen for the Korean Inc. in 2018 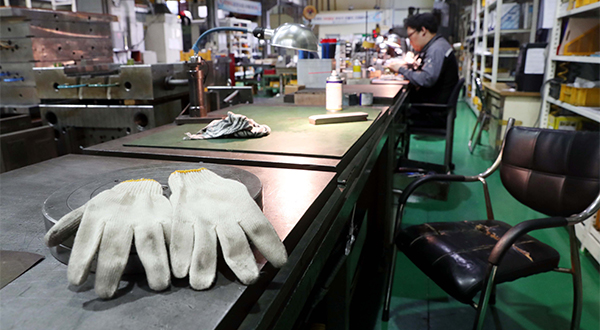 이미지 확대
More Korean companies did not earn enough to pay off interests on its debt last year due to worsened business conditions, data showed Tuesday.

According to the Bank of Korea’s (BOK) Financial Statement Analysis for 2018, 35.2 percent of Korean companies had an interest coverage ratio of below 100 percent in 2018, or more than three out of 10 companies unable to cover loan interest with their operating profit. The ratio rose from 31.8 percent in 2016 and 32.3 percent in 2017.

Interest coverage ratio – which is calculated by dividing a company’s operating income by its interest expenses – is used to determine whether a company is able to cover interest payment with earnings from business activity and shows debt repayment capability. The BOK categorizes companies with interest coverage ratio of below 100 percent for three straight years as marginal firms.

The annual analysis is based on a survey of 692,726 companies including listed firms that disclose earnings.

BOK data showed that 29.5 percent of the surveyed companies had a bad interest coverage ratio of below zero percent, up from 27 percent in 2016 and 27.6 percent in 2017.

BOK data, meanwhile, showed that average growth of Korean companies based on sales and assets as well as profitability based on operating income figure slowed down last year from a year ago. 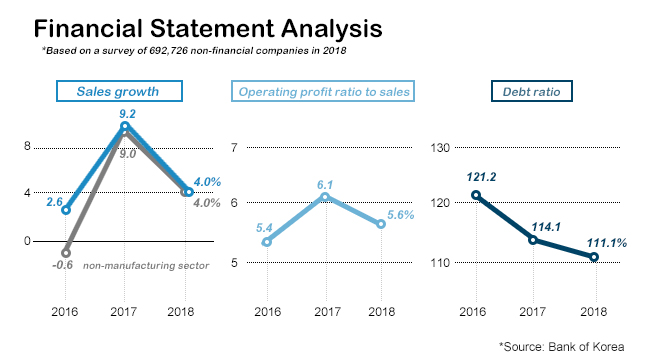 The combined sales of non-manufacturing companies increased 5.8 percent in 2018, slowing from 7.6 percent gain in the previous year.

The drop was mainly due to a fall in refining margins for companies in the petrochemical sector, increased competition for auto manufacturers, and fall in retail margin in wholesale and retail industries.