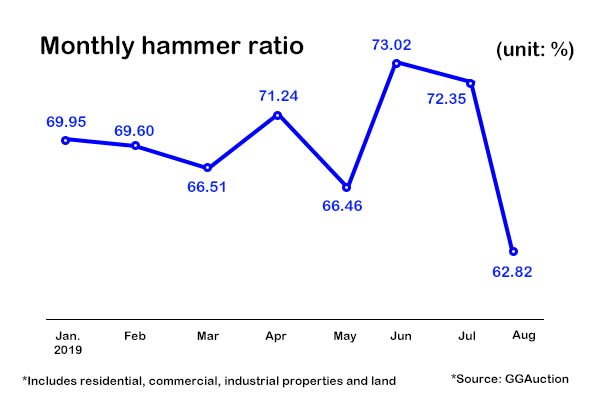 이미지 확대
Foreclosure auction value has hit a 10-year low in Korea in another sign of the economy at its worst since the 2008-2009 global financial crisis.

The hammer ratio, or the ratio of sale price against fair market value, in competitive property offerings at bankruptcy courts across Korea averaged 62.6 percent in August, down 9.5 percentage points from the previous month, according to local property auction information provider GGAuction on Monday.

Some 4,034 properties were sold off at 11,898 foreclosure auctions, with bidder head per auction averaging 3.7. 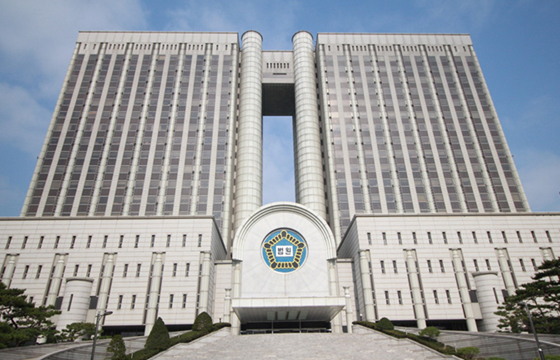 Regions that witnessed the steepest depreciation were North Gyeongsang and Gangwon Province, whose sale ratio against the fair market value plummeted 37.8 percentage points and 22.9 percentage points to 31.6 percent and 50 percent, respectively.