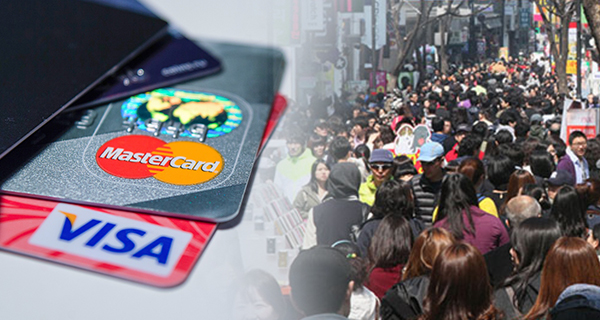 The government’s tax cuts to stimulate domestic spending played a major role in boosting the credit card spending last year, according to industry experts. The government in July lowered individual consumption tax on passenger car purchases from 5 percent to 3.5 percent, which will remain in effect until June 2019. It also cut fuel tax on gasoline, diesel and liquefied petroleum gas (LPG) by 15 percent in November last year.

However, the average credit card payment per purchase decreased 3.8 percent on year to 40,886 won despite the steady rise in the entire credit card spending. This is mainly because Korean consumers carry around less cash and increasingly make small purchases with credit card, according to an official from the association.

By Kim Gang-rae and Choi Mira