According to data released by the Bank of Korea on Friday, Korea’s producer price index (PPI) in June fell 0.3 percent to 103.49 from the previous month. The PPI was up 0.1 percent against a year-ago.

The price of Dubai crude, the country’s benchmark that makes up nearly 85 percent of total oil imports, averaged $61.78 per barrel in June, down $7.6 from a month ago. 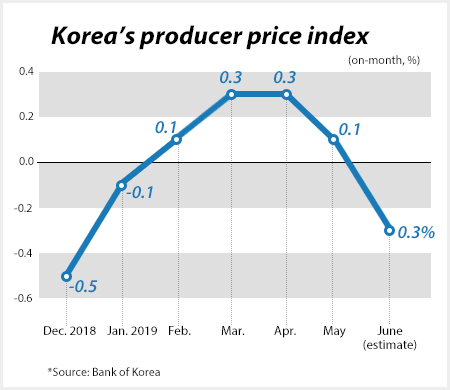 By Lee Yu-sup and Lee Ha-yeon