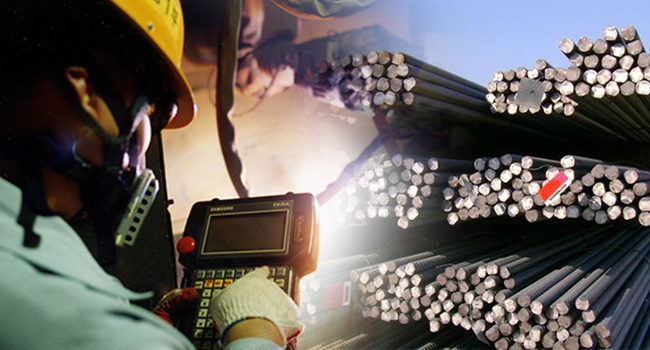 이미지 확대
South Korean manufacturers’ pessimism about business deepened in the third quarter as headwinds built up for the export-reliant economy after Japan launched trade protectionism against Korea on top of ongoing trade war between the U.S. and China.

According to a survey on 2,300 manufacturers by the Korea Chamber of Commerce and Industry (KCCI) on Monday, the business survey index (BSI) for the third quarter stood at 73, deteriorating sharply from 87 in the second quarter. In the KCCI scale, a reading below 100 means more companies are pessimistic about the business outlook and vice versa for above 100.

This is different from the BSI announced by the Bank of Korea every month to gauge business sentiment of the country’s overall industry.

KCCI business sentiment rebounded sharply from 67 in the first quarter to 87 in the second quarter but retreated again in the following quarter. The country’s exports fell for the seventh consecutive month in June, with the fall widening to double digits on sluggish demand from China amid the intensifying U.S.-China trade frictions and poor chip sales, the KCCI said. 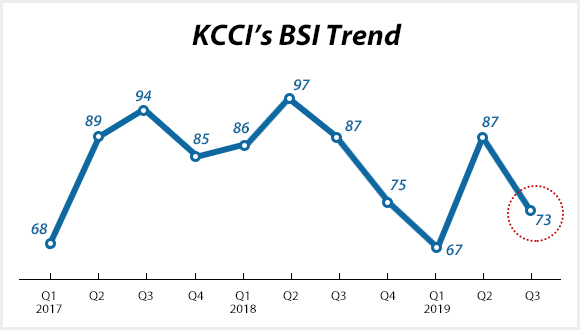 Only three sectors remain buoyant or neutral for the third quarter – precision medical (117), pharmaceuticals (100) and shipbuilding and departments (100) – while sentiment in other sectors all hovered below 100 including mainstay industries such as automobiles and auto parts (61), steel (64), electrical equipment (66), machinery (73) and oil refining (75).

Poor sales due to the slowdown in growth at home and abroad worried them the most (54.3 percent), followed by rising labor cost (27.9 percent).

Only 6.9 percent of the respondents expected an improvement in financing conditions, and the majority of 56.9 percent no change.

By Lim Hyung-joon and Lee Ha-yeon