이미지 확대
Automobile output and shipments in South Korea rose for the second consecutive month in May, with sales of electric vehicles at home surging 72 percent from the previous year.

The Ministry of Trade, Industry and Energy announced Thursday that car production in May reached 366,152 units, up 4.1 percent from the same month a year ago thanks to brisk domestic demand, increased working days and new releases.

The country’s largest automaker Hyundai Motor Co. saw its output jump 12.8 percent on year to 166,503 units on the back of strong demand for its new models such as sport utility vehicle (SUV) Palisade, mid-sized sedan Sonata and luxury brand Genesis’ G90.

The country shipped 226,096 units of cars abroad last month, up 6.1 percent from a year ago thanks to robust sales of SUV models and eco-friendly cars in the North American market despite poor performance in major markets such as the U.S. and Western Europe. 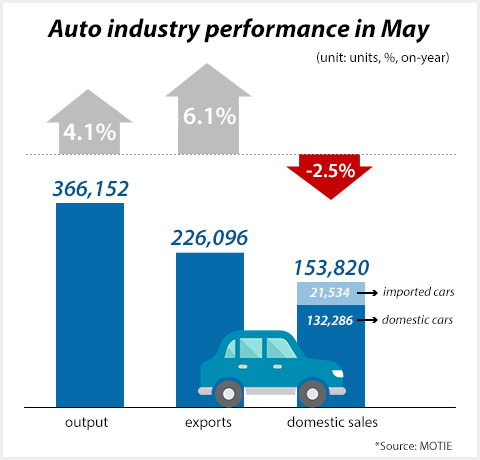 Car sales in Korea fell 2.5 percent to 153,820 units, as the drop in imported car sales wiped out a slight gain in domestic car sales. Domestic auto sales edged up 0.5 percent to 132,286 units, benefitting from the extension of tax benefit for local car purchases and new model releases. The Korean government decided to stretch the benefit that cuts consumption tax for domestic car purchases from 5 percent to 3.5 percent until December this year to stimulate the auto industry. Imported car sales, on the other hand, tumbled 17.6 percent due to supply shortage. 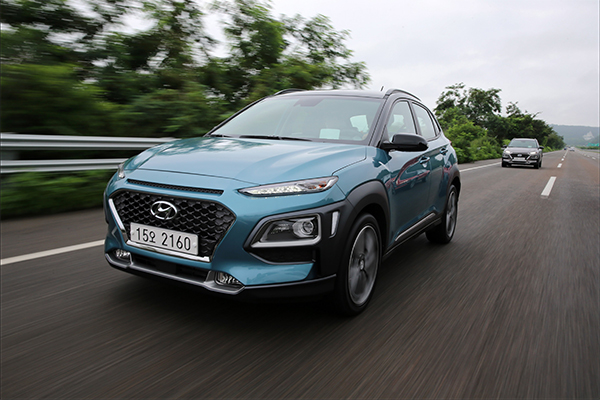