Korea’s exports to US surge in Q1, benefitting from US trade war with China

South Korea’s exports to the United States benefited from the tariff war between Washington and Beijing in the first quarter, data showed.

According to a report released by the Institute for International Trade under the Korea International Trade Association (KITA) on Wednesday, Korea’s exports to the U.S. jumped 20.5 percent on year in the first quarter ended March in contrast to 24.7 percent fall in Chinese exports as buyers rerouted orders to other countries after the Donald Trump administration threatened to up tariffs up to 25 percent on $250 billion Chinese goods.

The difference was particularly stark in export items like automobiles, plastic and rubber products, electronics and petroleum products.

Korea is not the only beneficiary of increased U.S. tariffs on Chinese goods. U.S. imports from Taiwan soared 29.1 percent and from Vietnam 28.3 percent. Such a growth of imports from other countries than China suggests that U.S. importers are finding ways to replace Chinese goods with them, the report noted. 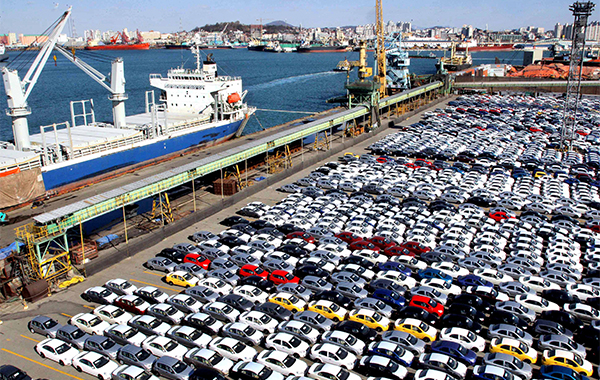 The report also expected that ongoing trade war would lead to a further rise in Korea’s exports to both the U.S. and China – automobiles, semiconductors, white goods, smartphones and plastics to the U.S. and chemicals, steels, machinery, electronics and cosmetics to China.

Samsung Electronics, benefitting from troubles of its Chinese rival Huawei hit hard by the trade war, leapfrogged to the top of global telecommunication equipment market by capturing a 37 percent share in the six month period from October last year based on sales.

By Lim Hyung-joon and Lee Ha-yeon