이미지 확대
The finance ministry in its monthly evaluation claimed the Korean economy was improving – pointing to amelioration in the headline numbers in industrial output, sentiment, and job.

“Industrial activities and consumer sentiment have improved since January this year,” the finance and economy ministry said Friday in the most positive wording in its monthly economic report in recent months.

The ministry since September last year kept a negative tone about the economy, leaving out words like “recovery” and “improvement” from its report and focused more on uncertainty and market risks.

Industrial production in January gained 0.8 percent on month, with output up 0.9 percent in the service sector and 2.1 percent in construction. 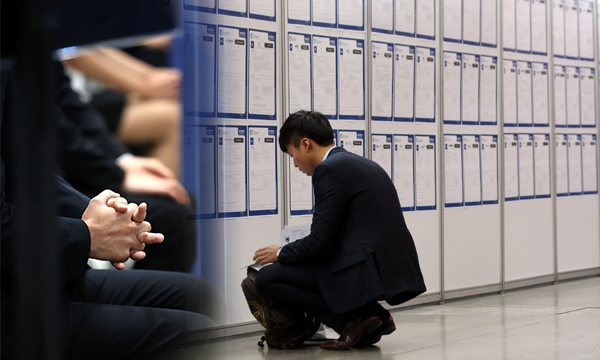 In February, the country added 263,000 jobs on year, the highest since January last year, on heavy government spending that inflated jobs in the public, social welfare, farming and construction sector.

Exports have been in downturn for the past three months due to reduced chip demand and sluggish demand from China. Korea’s exports fell 11.1 percent to total $39.56 billion last month, down steeper than the 5.8 percent drop in January.

By Chung Seok-woo and Lee Ha-yeon