Home in Seoul slips further out of reach for average Koreans 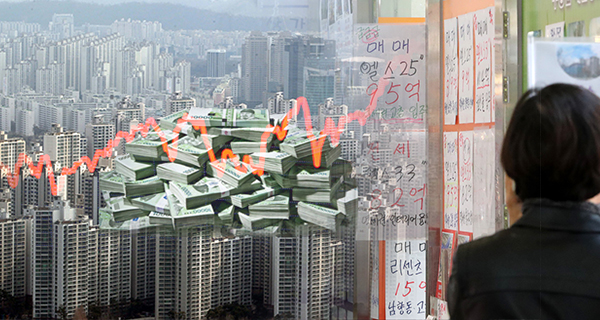 이미지 확대
It would take at least 14 years for a middle-income earner to own a home in Seoul, only if he or she saves every penny they earn, a study by KB Bank showed.

As of December 2018, the price-to-income ratio (PIR) of a house in Seoul was 14.3 times, with the fourth-quarter PIR reaching 14 times, the highest since the bank started compiling such date in 2008.

The PIR indicates how many times more expensive a house is relative to a household’s annual income. In this particular study, the third quintile price group of houses in Seoul was measured against the third income quintile of Seoul dwellers.

The figure has been on a continuous upward trend, rising from 11.7 in the first quarter of 2018 to 12.8 in the third quarter. By September, it peaked at 13.4, extending the home-purchasing period by 2.5 years in less than a year.

For an average earner to own a house in the top 20 percent of Seoul’s housing market, they would need to draw all the money they had ever earned until retirement, the study found. As of December, households in the middle-income quintile had to save up 33.4 years of their entire annual salaries to buy a house belonging in the most expensive quintile. This figure stood at 20.5 on January 2015, widening by nearly 13 years in four years.

Housing prices in Seoul jumped 6.0 percent in the first 10 months of last year, rising at the fastest pace in a decade, according to the Bank of Korea, fueled by record-low interest rates and insatiable housing demand in the densely populated capital.

The sky-high prices faced a sharp decline, however, after the government imposed tougher taxes on property ownership and tightened loan regulations to curb speculative buying. According to the Korea Appraisal Board, overall house prices in Seoul slipped 0.2 percent in January, making their first monthly retreat in four and a half years. Apartment prices in Seoul started to ease last December and dropped 0.41 percent in January.

By Kim Tae-sung and Kim Hyo-jin