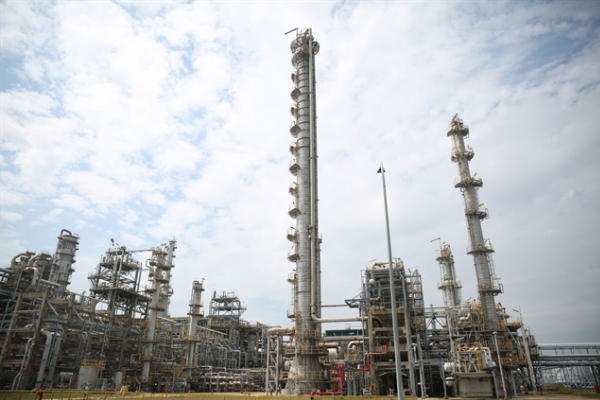 HÀ NỘI — The Ministry of Industry and Trade has put forward a proposal to increase the country`s fuel reserve by as much as four times, said Lê Việt Nga, deputy head of the ministry`s domestic market department, during a conference last week in Hà Nội.

Currently, the country`s entire reserve can only meet domestic demand for 5-7 days.

Despite rising global prices and stronger demand in the domestic market since the beginning of the year, Việt Nam has not yet been forced to tap into its national reserve. The country`s reserves consisted of trader reserves, refineries and national reserves.

"In the event of a shortage, we prioritise the use of reserves by traders and refineries first before the national reserve. We understand that 5-7 days` worth of reserve is not a lot, and we must seek ways to improve that," said Nguyễn Thuý Hiền, deputy head of the ministry`s Information and Communication Department.

Answering questions regarding Việt Nam`s recent initiative to ramp up petrol import from Malaysia, a country with lower-than-average fuel prices compared to other countries in the region, Deputy Minister of Industry and Trade Đỗ Thắng Hải said it was unlikely to help bring down domestic prices.

"Malaysia isn`t that much different. We are paying the same prices for Malaysian fuel, just like any other Asian suppliers," he said.

The ministry said supply was sufficient during the first half of the year for industrial and residential demand despite production disruptions at the Nghi Sơn Refinery, the country`s largest supplier, and challenges in finding imports.

"We give priority to domestic suppliers, but they must show commitment and fully disclose operational information. The rest will be filled by imports," he said.

Nga said the ministry had instructed domestic suppliers to take measures to ensure supply is ample in all cities and provinces.

Asked if the ministry supported further tax cuts on petrol products, she said there was still room to manoeuvre.

"Recent environmental tax cuts have been a big help in stabilising domestic fuel price, especially when global prices were spiking," she said.

She said her ministry and other governmental agencies have been working with traders and suppliers to produce a tax cut scheme, which is to be presented to the government for approval.

A litre of RON95-III gasoline, the most commonly used fuel, costs VNĐ32,375 as of today compared to VNĐ23,870 at the beginning of the year, a VNĐ8,505 or a 35.6 per cent increase. Rising fuel prices were said to have put major pressure on the country`s ability to rein in inflation and speed up economic recovery, with economists and industry leaders increasingly vocal about abolishing several current fuel taxes and fees. VNS