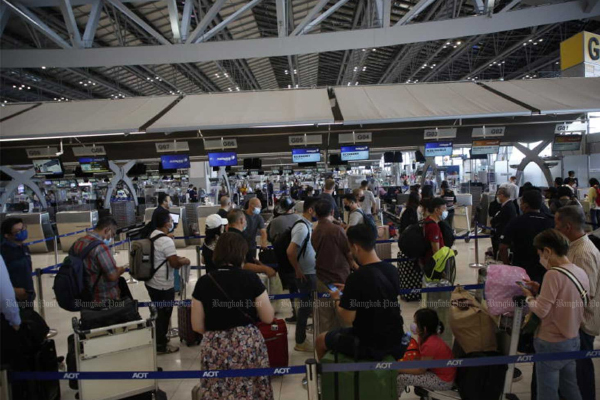 The government will temporarily halt the need for international passengers to fill out TM 6 immigration forms to ease passenger congestion at international airports.

Prime Minister and Defence Minister Prayut Chan-o-cha said after a cabinet meeting on Tuesday this would reduce the process for foreign visitors as they were already required to fill out many forms upon arrival. It will also help alleviate congestion as international arrival numbers have increased, he added.

Gen Prayut said authorities will evaluate the outcome of the announcement and consider if it needs to be revised, especially if they are unable to trace passengers. The Interior Ministry will expedite the drafting of the announcement, which is expected to finish in a week.

Deputy government spokeswoman Traisuree Taisaranakul said foreign travellers who enter Thailand by land or sea will still be required to fill out the form.

The move will save around 45.5 million baht a year in printing costs for an estimated 65 million TM 6 forms, she said.

Immigration police can still collect data on arrivals via the biometric systems at airports, while other travel data can be collected from airlines, Ms Traisuree said.