Vietnamese airlines increase frequency of flights to and from Asian destinations 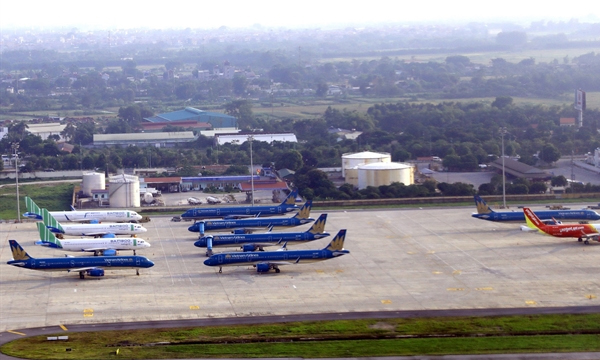 HÀ NỘI — The Civil Aviation Authority of Việt Nam (CAAV) has decided to increase the frequency of international flights to Japan, Korea, Taipei (China) and Singapore.

In its announcement about regular international flights sent to airlines, the CAAV said that the routes to Japan, Korea, Taipei (China) and Singapore increased to 14 flights per week per route, divided between four airlines including Vietnam Airlines, Vietjet Air, Bamboo Airways and Pacific Airlines.

The frequency of the Korean route is VNA with seven flights, Vietjet with five flights, and the remaining two airlines one flight each.

For routes from France, Germany, UK and Russia, after obtaining the Ministry of Transport (MoT)’s approval, the CAAV will announce its plan.

It also requires airlines to plan the flight routes and report to the CAAV before Thursday. In case any airline cannot organise flights as planned, the plan will be withdrawn and transferred to another airline.

Statistics from the CAAV show that about 140,000 people living abroad need to return home for Tết (Lunar New Year). It is forecast that the number of passengers returning to Việt Nam will exceed 30,000 per week, including overseas Vietnamese and foreigners who are diplomats, experts and investors.

The CAAV is negotiating with aviation authorities of countries and territories to resume regular international flights and increase their frequency to meet the demand for overseas Vietnamese coming home for the Lunar New Year.

In an official dispatch sent to the CAAV, the MoT asked it to carefully consider and proactively decide to increase the frequency of domestic flights during the Lunar New Year to meet people’s demands. The domestic flights must ensure pandemic prevention and control based on Prime Minister Phạm Minh Chính’s direction.

Previously, in the middle of last week, the CAAV proposed to the MoT for permission to proactively consider increasing routes during the Lunar New Year.

According to reports from different airlines’ reservation systems, the percentage of passengers booking seats on routes between HCM City and Hà Nội and from HCM City to the Central Highlands, central and northern provinces has increased, in contrast to their previous predictions.

The rate of passengers booking seats on the airlines’ system is over 50 per cent, and sometimes even over 90 per cent.

“It can be seen that people’s travel demand from HCM City to localities throughout the country during the Lunar New Year has increased again and needs to be met," said director of the CAAV Đinh Việt Thắng. — VNS