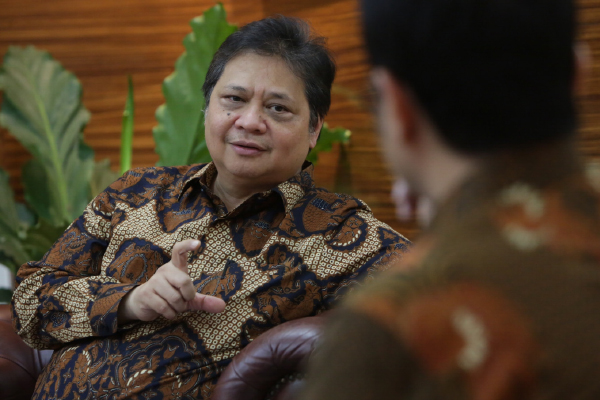 Indonesia and Qatar have committed to strengthen the countries’ economic ties, with the latter agreeing to invest more than US$500 million in Indonesia’s “10 New Balis” tourism project. Trade between Indonesia and Qatar has increased in the past few years to reach $687 million in 2020. Coordinating Economic Minister Airlangga Hartarto met with Qatari Finance Minister Ali bin Ahmed Al Kuwari over the deal on Tuesday on the sidelines of the World Economic Forum (WEF) in Davos, Switzerland. The two ministers reportedly had a positive and productive discussion about the relationship between their countries and their commitment to strengthen economic ties. They also discussed Qatar’s ongoing support in unlocking Indonesia’s economic potential, including the Qatar Investment Authority initiative to invest more than $500 million in the “10 New Balis” national tourism project. The priority development project is part of the tourism investment campaign that the Indonesian government has been promoting since 2018 with an aim to develop 10 new tourism hubs with global reputations, like Bali. Qatar’s investment in the project is expected to contribute to Indonesia’s long-term economic growth and development and have a transformative impact on local communities.

Airlangga said that even though the country was severely hit by COVID-19, it had bounced back from the pandemic-induced economic recession to record 5.1 percent growth in the first quarter of the year. He also noted that this figure was higher than that of other G20 members, including Germany and China.

“We’ve prioritized our people, we’ve invested in them and we [have] their trust. We feel that if Indonesians can trust their government to serve their best interests, this is the most valuable investment of all,” he said.

The two ministers were very positive about the “10 New Balis” project, as well as potential investments in other development projects in the coming years as the two nations sought to deepen investment relations. They also touched briefly on deepening the two countries’ cultural ties, including Indonesia’s appointment as a key partner country for Qatar’s 2023 Year of Culture.