Explainer: Should we be concerned about the baht? 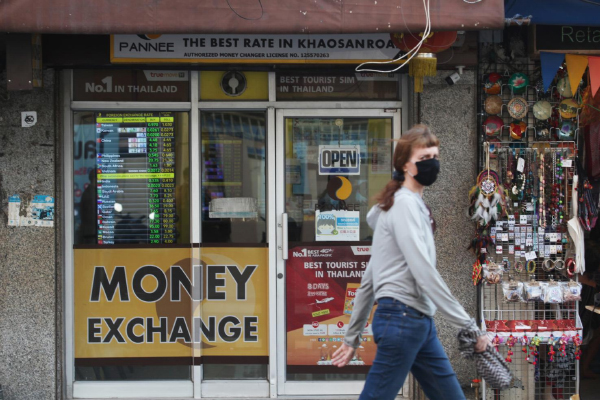 Thailand started off this week with the baht weakening to a five-year low of 34.62 against the greenback. While in line with other Asean currencies that have softened against the US dollar, the performance is worth monitoring because it serves as an indicator in the country`s recovery.

What are the factors driving the baht`s movement this year?

The Thai currency was performing relatively well at the beginning of the year, up to 32.11 baht per dollar on Feb 18, before falling to 33.7 baht on March 28. The currency fell further to 34 baht to the dollar towards the end of April.

Poon Panichpibool, a markets strategist at Krungthai Bank (KTB), recapped the journey for us.

In January, the baht appreciated the most among Asian currencies to 33.29 per dollar, a peak since late November 2021 as Thailand forged ahead with its reopening for vaccinated visitors. The momentum continued in February as Thailand`s economic outlook was rosy, with the tourism sector on the path to recovery despite the Omicron variant.

However, the Russia-Ukraine war triggered baht depreciation in March. This trend continued into April and May because investors entered risk-off territory, meaning they preferred to hold safe currencies like the dollar. As a result, the baht felt pressure from the dollar`s appreciation.

The baht is valued at 34.62 per US dollar as of May 9. The figure represents a depreciation of 3.4% against the dollar since the beginning of the year -- its lowest value in five years.

The dip is attributed to the conflict between Russia and Ukraine that continues to push up the prices of commodities and the inflation rate, the US Federal Reserve`s recent interest rate hike, and China`s worsening pandemic and its accompanying challenges for supply chains and shipping, said Mr Poon.

How does the baht compare with its regional peers?

When looking at the regional picture, the baht loss of value was in line with other Asian currencies in the first quarter this year. The biggest loser in terms of currency value is the Japanese yen with a 12% depreciation, followed by the Malaysian ringgit at 3.9%.

Within a basket of Asian currencies excluding Japan, the baht has underperformed the Indonesian rupiah, which lost about 2% of its value year-to-date, and the Singaporean dollar, depreciating 3% in the same period.

"The rupiah offers high bond yields, while the Singapore dollar is supported by the Monetary Authority of Singapore, allowing a steeper appreciation path. This stands in contrast to relatively low Thai bond yields, while the Bank of Thailand has also been more dovish and will likely refrain from policy normalisation until later," said Chang Wei Liang, a forex and credit strategist at DBS.

On the other hand, he said the baht has proven more resilient against the Chinese yuan, which lost about 5.4% year-to-date.

"Thailand is steadily reopening its economy and should see improving growth, while China has seen its growth outlook softening amid Covid-related lockdowns," Mr Chang said.

Furthermore, the baht is still relatively overvalued compared with its peers, though not against the US dollar. He said this is because two of Thailand`s largest export destinations -- China and Japan -- have seen even sharper currency depreciations than the baht.

What are the effects of the weakening baht on the Thai economy?

Sakkapop Panyanukul, senior director of the Bank of Thailand`s economic and policy department, recently said baht depreciation in the first quarter was a boon for exporters.

For instance, Thai food exports are expected to grow by 5% in 2022 to 1.1 trillion baht, after robust growth of 26% in the first quarter driven by the Russia-Ukraine conflict and mounting concerns about food shortages in many countries, according to the Thai Food Processors Association.

"As one of the world`s largest food exporters, Thailand benefited from the war. Food exports generated 324 billion baht in the first quarter," said Visit Limlurcha, honorary president of the association.

He credited the baht weakness as a key factor in the recent growth.

However, Mr Sakkapop warned that the benefits of baht depreciation could soon be offset by rising import prices should the currency trend continue to weaken and if inflation remains at a high level.

What are the short-term and long-term outlooks for the Thai currency?

Mr Poon said for the second quarter, the baht and other Asian currencies will face some depreciation pressures because of the strengthening US dollar and rising demand for it. The greenback is seen as a safe-haven asset and there is uncertainty over future Fed rate hikes, he said.

"The diverging monetary policy between the US and Thailand could lead to some foreign fund outflows," said Mr Poon. "But we don`t think Thailand will face severe fund outflows as the market has already priced in the Fed`s rate hikes and some parts of the Thai bond yield curve are quite attractive, like a five-year government bond."

Other important factors include the struggling Chinese economic recovery and a lack of income from Thai tourism, while high logistics costs from prolonged supply chain disruptions will also weigh on the baht, according to KTB.

As a result, in the second quarter the bank sees the baht moving sideways in a range of 34-35 per dollar.

However, in the second half of 2022 the dollar should gradually weaken as the market has largely priced in the Fed`s rate hike path.

"As long as US inflation continues to ease lower, with no additional supply shock such as severe energy sanctions on Russia from Europe, there is no immediate need for the Fed to aggressively hike the rate," said Mr Poon.

"Without depreciation pressure from the US dollar and uncertainty over China`s economic recovery, we think the baht could regain some strength later on, with supporting factors such as an improved economic recovery based on the ongoing reopening plan, which should attract more foreign fund inflows and revenues from foreign tourists."

In addition, supply chain disruptions should gradually ease in the fourth quarter this year, which would reduce logistics and freight costs, boding well for Thailand`s current account, he said.