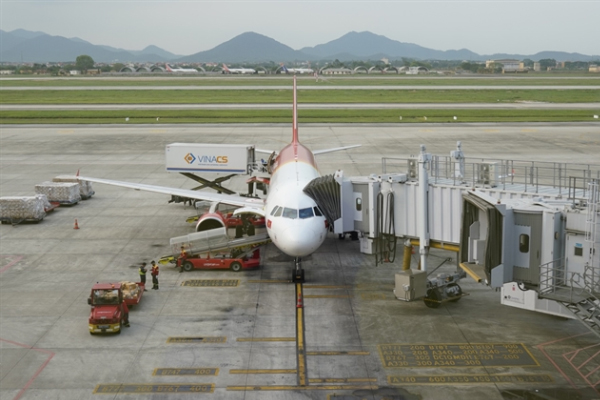 HCM CITY — With the aviation and tourism industries bouncing back strongly, Vietjet Aviation Joint Stock Company (HoSE: VJC) kicked off 2022 with a positive performance, according to its financial statements for the first quarter.

The company reported a significant increase of 113 per cent year-on-year in pre-tax profit, owing to the rapid recovery of passenger transport and the ever-growing cargo business, which grew by 76 per cent and 94 per cent, respectively.

Regarding air transport business, Vietjet’s revenue stood at over VNĐ3.34 trillion in three-month period, helping nail the after-tax profit of the parent company at VNĐ40 billion.

It has operated a total of 20,000 flights with more than three million passengers onboard across 60 domestic and international routes.

The airline’s total numbers of operated flights and transported passengers in the period saw respective rise of 50 per cent and 55 per cent, marking a milestone of strong recovery post COVID-19 pandemic.

It also airlifted more than 12,500 tonnes of cargo volume in the first quarter.

Vietjet has put its first two wide-body aircraft of A330 into operation and is expected to add the third one into its modern fleet soon.

The airline also revealed its 2021 audited financial statements on a positive note.

The parent company reached a revenue of over VNĐ9 trillion with the audited post-tax profit increasing by 91 per cent over the compiled financial statement.

Its debt-to-equity ratio stayed at 0.9 while the liquidity ratio was at 1.6, considered good indicators in the aviation industry.

In 2021, Vietjet operated nearly 42,000 flights across its network with more than 5.4 million passengers.

The airline reported over 66,000 tonnes in cargo transport, achieving fast growth, with cargo revenue rocketing by over 200 per cent year-on-year. — VNS