How Indonesia`s policy stumbles over palm oil have unfolded 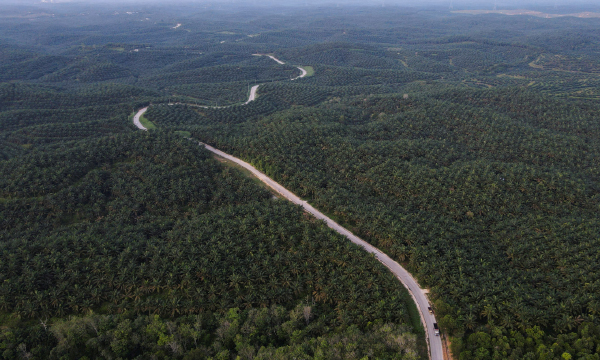 When Indonesian cooking oil prices started climbing in November, authorities faced pressure to contain the cost of the household necessity made from palm oil and used by most people in the world`s fourth most populous country. But the months of rapid-fire government policies that followed, including twice halting exports of palm oil, have at times both stunned and confounded global edible oil markets. While President Joko "Jokowi" Widodo has often shown he is prepared to act tough to squeeze more out of Indonesia`s rich resources, the policy U-turns driven by political frustration over stubbornly high cooking oil prices have at times even caught some senior officials off guard, say government sources.

Underlining his focus, the president, whose approval rating has sagged in some recent polls over higher living costs, said this week the need for affordable food trumped revenue concerns in the world`s bigger palm oil producer. "Widodo has long been genuinely fixated on attempts to support social welfare through regulatory measures, which has sometimes entailed missteps," said political risk analyst Kevin O`Rourke. Initial efforts to stem prices came in November when the government said an industry association would offer 11 million litres of cooking oil at Rp 14,000 ($0.9669) per liter, after prices hit Rp 16,800. Still, when that failed to work, the government started introducing subsidies to buy more than a billion litres of cooking oil.

Then came export permits in late January initially requiring 20 percent of sales of some products to the domestic market, which was later increased to 30 percent and with a ceiling price on cooking oil. But despite those measures, cooking oil started to disappear from retailers, prompting long queues in the shops. `Palm oil mafia` Changing course again, Coordinating Economics Minister Airlangga Hartarto in March adjusted the ceiling price in favour of subsidies. Meanwhile, Trade Minister Muhammad Lutfi removed export curbs on March 18 and, instead, increased the palm oil export levy, blaming a "palm oil mafia" for exploiting the situation. After this, supermarkets were supplied with cooking oil, but prices had shot up to Rp 25,000 per liter. The attorney general has since launched a corruption investigation over palm oil export permitting.

With public concern growing, students held protests across the archipelago over food prices, particularly the cost of cooking oil. Threat from hoarding The president has grown increasingly angry after months of failed attempts to control prices, said two government sources who asked not to be identified. Jokowi this month announced cash transfers for more than 20 million low-income households to buy cooking oil and on April 22 declared a new ban on exports, sending Malaysian palm oil futures to six-week highs. Airlangga later said the ban would only apply to shipments of refined, bleached and deodorized (RBD) palm olein, helping calm markets. But in an about face, Airlangga a day later said the ban would include crude palm oil, refined palm oil and used cooking oil, citing a Jokowi order. Asked to comment on the policy confusion, the presidential palace and state secretary office did not immediately respond to requests for comment. But indicating opaque policy-making, some government officials said they were unaware the ban had been widened prior to Airlangga`s public announcement. Moreover, a letter sent by the Agriculture Ministry to provincial governors this week and reviewed by Reuters had specified the ban would only be for RBD palm olein. The policy changes have sent shockwaves through global edible oil markets, which have also been on edge after the war in Ukraine took out a big chunk of the supply of edible oils. Indonesian officials have pledged to remove the export ban once bulk cooking oil prices return to Rp 14,000 a liter, though some see a risk of the policy being undermined by hoarding if international prices keep rising. "To the extent that hoarding occurs, the ban might be ineffective or even counter-productive," said analyst O`Rourke.