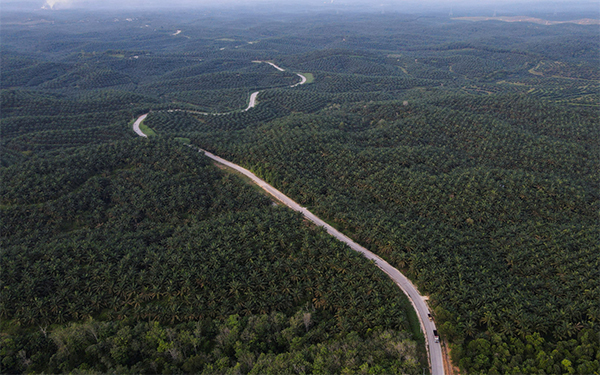 Shares of some of Indonesia`s leading palm oil plantation companies and the rupiah currency dropped on Thursday after the government shocked markets by making last-minute changes to an export ban to include crude palm oil and other refined products.

Markets had initially been relieved after Indonesia`s chief economic minister said the ban would only cover refined, bleached, and deodorized (RBD) palm olein, but in a policy U-turn on Wednesday the other products were included.

The move had an immediate impact on global vegetable oil markets, sending palm oil futures in Malaysia up by 9.8 percent with the jittery mood spilling over into markets on Thursday.

In an investor note, brokerage Trimegah Securities said the palm oil export ban could be a short-term policy aimed at cutting stubbornly high prices of domestic cooking oil but warned it was hard to predict a timeline.

The rupiah currency also fell on Thursday, shedding 0.4 percent against the dollar by 2:30 a.m. GMT.

Radhika Rao, senior economist at DBS Bank, said the prospect of exports being impacted was negative for Indonesian earnings and the current account and would "dampen sentiment on the rupiah". The downside risks would increase if the ban continued beyond one or two months, she said.

An Indonesian trade ministry regulation said the policy would be reviewed monthly or as often as needed.

Chief Economics Minister Airlangga Hartarto said the export ban would be lifted when the price of bulk cooking oil had come down to Rp 14,000 (96.8 US cents) per liter across Indonesia.

Cooking oil was offered at around 19,000-20,000 rupiah per liter in Jakarta`s traditional markets on Wednesday.