Can Thaksin secure a pardon? 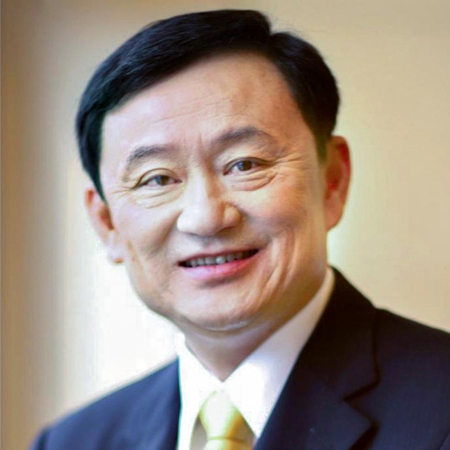 During an online chat hosted by the Care group on social app Clubhouse last week, the 72-year-old once again discussed ending his self-imposed expulsion and returning to his homeland as "a gift for Thais".

However, Thaksin faces a total of 12 years in prison over corruption and abuse-of-power convictions stemming from his two terms as premier, prompting speculation that Thaksin, known as Tony Woodsome on Clubhouse, is aiming to secure a pardon as a ticket home.

Is it possible to seek a retrial?

According to Phetchawat Wattanapongsirikul, a list-MP for the Puea Chat Party, the party`s legal team was studying two paths that could get Thaksin home: a retrial of the cases against him under the 1983 Retrial of Criminal Case Act and submission of a public-sponsored draft law to secure amnesty for the ex-premier.

Nipit Intarasomba, former deputy leader of the Democrat Party, said a retrial could be granted if fresh evidence and facts emerge, which was unlikely or Thaksin and his legal advisers would have already used this path.

Can Thaksin rely on an amnesty?

According to Mr Nipit, the street protests from November 2013 to May 2014 which culminated in a military coup were triggered by a blanket amnesty bill proposed by the Pheu Thai Party to whitewash political wrongdoings since 2004.

The former Democrat veteran believed a renewed campaign to secure an amnesty for Thaksin so he could return from exile without serving his prison term is unlikely as its success would reignite political conflicts.

Mr Nipit said the ex-prime minister could directly seek a royal pardon, but he would have to first return to the country and be placed in state custody, meaning Thaksin would have to start serving his jail sentences. He said there are risks involved with this path, noting that if a pardon is not granted, an individual will stay in custody for the entire prison sentence.

A Pheu Thai Party source said Thaksin`s return will have to be done through legal channels only, such as a pardon or an amnesty law, because there are also several pending cases against him.

Moreover, an organic law on the criminal procedure for holders of political positions says its statute of limitations will not expire while a fugitive suspect is on the run, the source said.

"The quickest route for his return is being granted a pardon," the source said. "We see what happens when trying to push for an amnesty law [...] unless all political parties and the public agree to it."

The former prime minister is said to be holding multiple passports, and the Pheu Thai Party source said Thaksin`s nationality is not relevant to his return, his cases or his chances of being granted a pardon.

If Thaksin comes back, he has to fight the charges listed in his pending cases.

What if Pheu Thai returns?

Thaksin`s odds will improve if Pheu Thai, the party he supported, wins the next election, the source said. "His return must be in line with legal processes," the source said. "He faces arrest warrants in some cases too. To be honest, it`s a matter of legal principle, and I think the prospect of his return does not look too good."

How many cases is he involved in?

Thaksin is involved in 10 cases and probes, some of which were finalised.

He was sentenced to two years in prison in October 2008 for conflict of interest over the purchase of land by his then-wife, Khunying Potjaman na Pombejra. However, the sentence has expired because he has fled punishment for more than 10 years.

He was given a two-year jail term for illegally launching a lottery scheme. The sentence remains intact with an arrest warrant issued, and he has lost his right to appeal because he was a no-show.

He was sentenced to three years for conflict of interest in the Exim Bank loan case. The sentence remains intact with an arrest warrant issued, and he has lost his right to appeal.

He was given five years in prison for altering concession fees and excise taxes in favour of Shin Satellite, a Shinawatra-owned company, causing damages to the state. The sentence remains intact with an arrest warrant issued, and he has lost his right to appeal.

The Supreme Court ordered the seizure of assets worth 46 billion out of a total of 76.6 billion from Thaksin and his family members over the concealment of their Shin Corp shares and abuse of position to enrich the company. An appeal was rejected.

A warrant was issued for his arrest in connection with an alleged false asset declaration. The case was suspended pending his arrest.

He was acquitted on charges of malfeasance for allowing the Finance Ministry to oversee a rehabilitation plan for Thai Petrochemical Industry (TPI). The acquittal was upheld by the Supreme Court.

He was acquitted of charges in connection with the KTB loan scandal; there was no proof that he was the "big boss" who ordered the KTB to approve illegal loans of 9.9 billion baht.

He is being investigated by the anti-corruption agency in two cases: alleged irregularities in a fake government-to-government rice scheme; and approval of Thai Airways` plan to purchase Airbus aircraft worth more than 53 billion baht years ago, a decision that plunged the airline into debt.