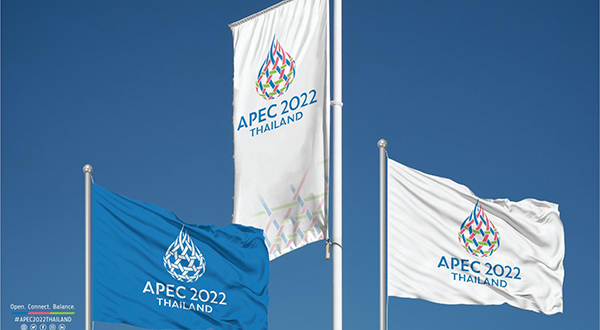 Thailand hosts the Apec summit in 2022 under the theme of `Open. Connect. Balance`.

The coming year looks to be an eventful one with activities that could have a big impact on Thailand, ranging from the country`s hosting of the Asia-Pacific Economic Cooperation (Apec) summit to the trial of the retail Central Bank Digital Currency (retail CBDC).

The 2022 Apec summit to be hosted by Thailand late next year will mark a significant step toward the business sustainability goal, which is expected to become increasingly important post-pandemic.

Governments are not only paying heed to their public health systems following the spread of Covid-19, which has ravaged economies, but they have also agreed to make environmental protection a crucial part of business growth.

The Thai business sector will raise the bio-, circular and green (BCG) economic model, advanced by the Prayut Chan-o-cha government, for discussion and propose capital funding to help businesses in 21 countries during the Apec Business Advisory Council (Abac) meetings next year, which will provide advice to leaders.

"BCG is aimed to develop the economy through environmentally friendly measures, including decarbonisation," said Supant Mongkolsuthree, chairman of the Federation of Thai Industries (FTI) and chairman of Abac.

The FTI, the Thai Chamber of Commerce, the Board of Trade and the Thai Bankers` Association represent the Thai business sector within Abac, which is made up of 63 members.

An informal meeting among state officials from Apec members got underway in Phuket earlier this month.

Referred to as the Apec Informal Senior Officials` Meetings (SOM), the three-day meeting was aimed at discussing preparations and priorities for next year`s meetings.

Thailand will place the long-delayed Free-Trade Area of the Asia-Pacific (FTAAP) at the top of the Apec agenda, Thani Thongphakdi, permanent secretary of the Thai Ministry of Foreign Affairs, said after the first round of the SOM in Phuket.

He said the FTAAP will emphasise sustainable development goals for society, economies and the environment within the context of reopening safely in a post-Covid world.

The FTAAP will be the future of Apec, said Auramon Supthaweethum, chief of the Trade Negotiations Department.

Thailand set the theme for the 2022 Apec summit as "Open. Connect. Balance", with a traditional Thai bamboo basket called a chalom selected as the logo.

The interlaced bamboo strips, which are strong and durable, symbolise the resilience and strength of the regional economy and send a message promoting sustainability.

The 21 member countries of Apec account for 38% of the world`s population and around 59% of its GDP.