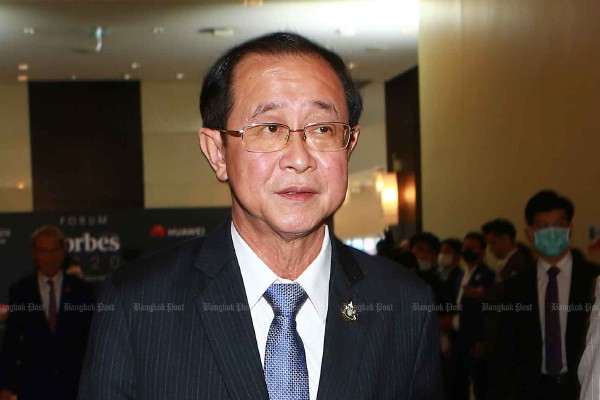 The Finance Ministry has brushed off critics suggesting a near-bankruptcy status of the government`s fiscal position by citing Thailand`s economic fundamentals.

A country`s GDP growth has to continuously expand with stability, whether through higher or lower growth rates, he said.

Thailand`s GDP growth ratios averaged between 1-4.2% from 2013 to 2019, a huge difference from 7.2% growth registered in 2012 when the economy recovered from the 2011 flood crisis, according to World Bank statistics.

Last year`s GDP is expected to contract by 6.6%, according to the Bank of Thailand`s forecast, as the pandemic wreaked havoc on economies worldwide.

Thailand`s foreign reserves tallied $259 billion as of Jan 22, according to central bank data.

The government`s fiscal position remains stable, as public debt remains below the 60% ceiling as required by the Fiscal Responsibility Act, he said.

Based on the Public Debt Management Office`s assessment, the public debt-to-GDP ratio will climb to 57% if the 1-trillion-baht loan decree is fully used. The ratio was 52.1%, valued at 8.1 trillion baht, as of Dec 31. The public debt ratio also depends on GDP growth, as GDP is the denominator.

Last year`s nationwide lockdown to curb the first wave of the outbreak caused the unemployment rate to spike, leading to the 1-trillion-baht emergency loan decree to provide financial relief.

This decree caused public debt to edge up considerably from 40% to 52%, said Mr Arkhom.

"We are not the only country where the public debt ratio has increased, as every country in the world has seen a similar spike. The public debt ratios of developed countries even exceed 100% of GDP, but the ratio remains below the ceiling rate for Thailand," he said.

The government will continue to push forward public investment in preparation for the post-pandemic period as well as implement remedy measures and tax reform to stimulate the economy and generate future public revenue, said Mr Arkhom.

Some 31 million people from a total of 41 million informal workers and low-income earners are covered by the government`s financial remedies, he said. The remaining 10 million, who are covered by Section 33 of the Social Security Act, will receive monetary handouts to ease their plight, said Mr Arkhom.

Each employee is expected to receive a weekly payment of 1,000 baht starting next month, up to a maximum of 3,500-4,500 baht. This package is slated for cabinet approval next week.