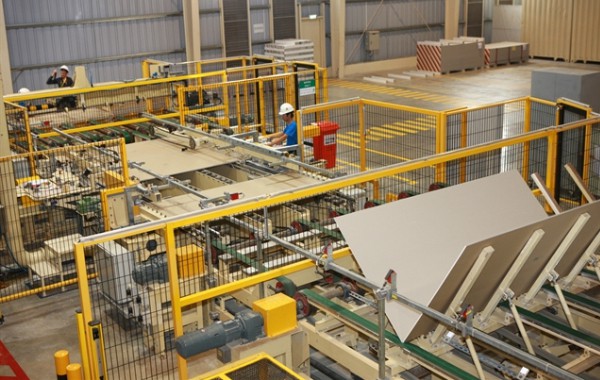 A production line for plasterboard production at a factory of Knauf Hải Phòng Co Ltd, fully invested by Germany. European business leaders expect growth in both investment and trade brought about by the EVFTA. — VNA/VNS Photo Lâm Khánh

HCM CITY — The latest Business Climate Index (BCI) unveiled by the European Chamber of Commerce (EuroCham) in Việt Nam on Wednesday indicated that EU companies in Việt Nam ended 2020 with an overall optimistic view about the country`s business climate.

The BCI steadily grew throughout the year as the result of Việt Nam’s successful containment of the novel coronavirus and the enforcement of the EU-Việt Nam Free Trade Agreement (EVFTA) which took effect in August. The two factors improved confidence in the local economy and boosted business activities.

According to the BCI report, about 57 per cent of surveyed EuroCham members believed the Vietnamese economy is likely to stabilise and improve in the first quarter of 2021, compared to 39 per cent in the third quarter of last year.

A more optimistic sentiment was also seen among European business leaders compared to the last three month of 2020. A third of the surveyed company members forecast the number of their employees would increase in this quarter while 57 per cent planned to maintain the same level of headcount. Some 30 per cent believed investment is likely to expand and 43 per cent expected increases in the volume and revenue of orders.

Some 70 per cent said they have benefited from the EVFTA since the trade deal entered into force last year. About 33 per cent, however, said public administrative procedures are likely to be their biggest obstacle to maximise advantages from the pact.

EuroCham Chairman Nicolas Audier said the latest BCI provides a positive outlook on Việt Nam’s business climate and perspectives for 2021. The confidence of the business community in the economy has been strengthened over the last year, shwing the Vietnamese Government’s swift response to COVID-19 and promotion of the EVFTA, he said, adding that these would lay the basis for the country’s economic growth over the next five years.

European business leaders expect growth in both investment and trade brought about by the EVFTA, he said, adding that they also expect several barriers will be removed to ensure the smooth and successful implementation of the trade deal. — VNS