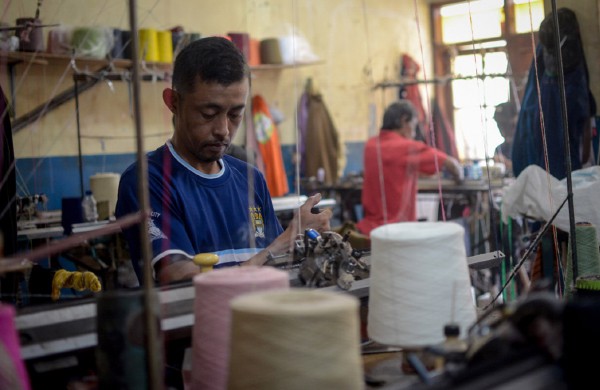 With Indonesia’s low worker productivity standing as a barrier to investment, some businesspeople are expecting a proposed wage scheme in the government’s omnibus bill on job creation to help reverse the tide of slow progress in bringing in investors.

The Indonesian Employers Association (Apindo) has suggested that the government replace the current formula on determining the minimum wage with a scheme that boosts wages based on worker productivity.

Apindo head of employment Bob Azam told The Jakarta Post on Tuesday that the change would be in line with the omnibus bill on job creation, which stipulated that wages would be determined based on working hours and output.

"There will not be any reduction to the current minimum wage. But the raise should be set in a more constructive manner according to any increases in productivity. Wages should not grow faster than productivity,” Bob said in a phone interview.

At present, regional administrations set the provincial minimum wage every year based on the inflation rate and economic growth rate under the prevailing 2003 Labor Law. However, many businesspeople have criticized the increases for not resulting in greater productivity among workers.

Indonesia’s manufacturing plants only scored 74.4 on productivity, compared to 86.3 for the Philippines, 82.7 for Singapore, 80.1 for Thailand and 80 for Vietnam, according to a survey released earlier this year by the Japan External Trade Organization (JETRO).

“As an investor, if I want to enter Southeast Asia, then Vietnam, Thailand, Myanmar, Malaysia and the Philippines would be more preferable, not Indonesia,” said University of Indonesia economist Fithra Faisal. “Wage [increases] have been high while productivity levels stagnate, so cost of production becomes very expensive.”

Fithra said the omnibus bill on job creation was expected to address the productivity problem.

The Jokowi administration seeks to pass the omnibus bill to relax the Labor Law to improve Indonesia’s ease of doing business and hence attract more investment, which makes up around 30 percent of the country’s economy.

The omnibus bill contains 15 chapters and 174 articles that will revise 79 laws and more than 1,200 articles the government considers harmful to the business environment.

Shinta Kamdani, the deputy chairwoman at the Indonesian Chamber of Commerce and Industry (Kadin), said discussions on creating fair articles within the bill had been taking place between business groups and the government and labor representatives.

“We have been conducting tripartite [meetings] for almost two weeks. We deliberated the articles one by one. I think we now hand the matter over to the government to undergo the process at the House of Representatives,” she told the Post.

“We listened to the labor unions’ views and arguments. The labor unions also listened to companies. I think this process has been going very well, although it has not involved all unions,” Shinta said. “We need to respect this process. Other parties outside these discussions need to be patient and wait for the process at the House. It’s difficult for external parties to address their views because they don’t understand the internal discussions.”

Her comments addressed the World Bank’s recent warning that the omnibus bill could pose a threat not only to labor rights but also the environment as the bill relaxed requirements on obtaining a business license.

The omnibus bill will apply a so-called risk-based approach in issuing business licenses, by requiring an environmental impact analysis (Amdal) for businesses whose operations are potentially hazardous to the environment. For small enterprises that do not pose a threat to the environment, the government will only require registration for a business identification number (NIB).

“The government will not backtrack on the environment aspects. They have paid attention to aspects that need to be prioritized, just as it did with the labor elements,” said Shinta, adding that the relaxation “does not mean removing the Amdal altogether”.

President Joko “Jokowi” Widodo proposed the omnibus bill as legislation that could help Indonesia climb up the World Bank’s ease of doing business ranking to 40th place this year. In 2019, Indonesia, the largest economy in Southeast Asia, was stuck at 73rd, indicating slower progress relative to its peers for the past two years.

In mid-July, Coordinating Economic Minister Airlangga Hartarto said the government was expecting the House to conclude deliberation of the omnibus bill in August or early September.

The House has postponed the deliberation of articles on labor issues in the omnibus bill due to mounting pressure from labor unions.