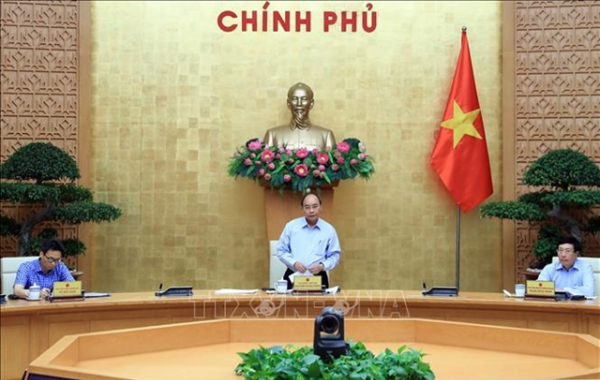 HÀ NỘI — Provinces and cities in key economic zones must take the lead in recovering economically after the COVID-19 pandemic by attracting investment from large corporations and transnational companies with leading capacity in technology and value chains, Prime Minister Nguyễn Xuân Phúc has said.

Speaking at a Government meeting on Tuesday to discuss measures to boost the key economic regions’ growth, the PM said localities should take advantage of successfully controlling the pandemic to attract investment and promote business and production activities.

“We must turn challenges into opportunities,” Phúc said.

He emphasised that obstacles to investors and enterprises should be removed. It was necessary to have preferential policies to support in terms of credit, electricity, water, transport infrastructure, logistic services, especially human resource to meet the demand of large scale and hi-tech projects.

The Ministry of Planning and Investment (MoPI) was asked to set up special mechanisms and solutions for key economic regions to hit the target.

Each region and locality should complete the disbursement of public investment capital for 2020 and do their best to achieve this year`s socio-economic targets given the post-COVID-19 context.

According to the PM, there remain bottlenecks which should be resolved regarding institutions for the development of key economic regions, but it will take time to do.

The PM asked the MoPI to submit mechanisms to the Government so localities in the key economic regions take advantage of their potential without harming each other.

“None of the localities could achieve sustainable development if their neighbours suffer from less developing ones,” he said.

Việt Nam has the northern, central, southern and Mekong Delta key economic regions and PM Phúc suggested each region should set its own development goals.

The southern key economic region should focus on attracting large-scale investment and high technology, maintaining its driving role in national socio-economic development while the central region should concentrate on developing marine economy and transport service, he said.

He underlined the need to set projects on tourism development for the region in combination with the Central Highlands to leverage to regional and world level.

The Mekong River Delta has a lot of potential but the region is vulnerable to natural and social factors, especially climate change and rising sea levels, the Government leader noted, calling for co-operation among local authorities to respond to these challenges.

The region should use high technology in the agricultural sector and attention should be paid to the development of shrimp, tra fish, orchards and the processing industry.

The development of infrastructure in the Mekong Delta should be considered, with priority given to the deployment of expressways.

According to a report of the Ministry of Planning and Investment, in 2011-2019, the four regions’ average gross regional domestic product (GRDP) increased by 7.25 per cent a year.