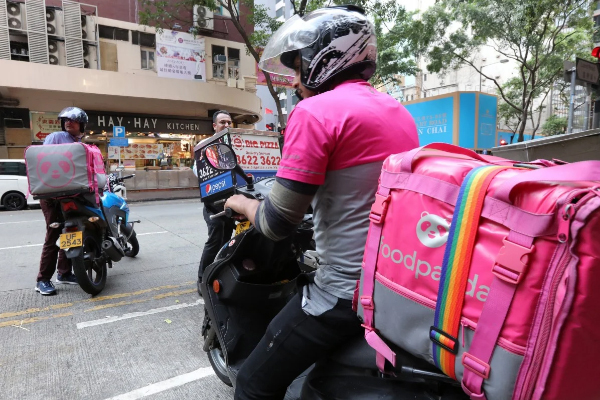 The Covid-19 pandemic has fuelled a new appetite for food deliveries in Asia and around the world as more people work from home but it has also brought urgent challenges for the industry, says the regional head of online food delivery service Foodpanda.

“It has been quite a roller-coaster ride for us,” Jakob Angele, chief executive for Foodpanda Asia-Pacific, told the Post in an interview this week, adding that the current health crisis has been “challenging” when it comes to dealing with a surge in demand, changing consumer behaviour and the need to keep both drivers and customers safe.

“The whole ecosystem has been heavily impacted” due to the constraints imposed on restaurants with their dine-in business, as well as on riders in terms of how they can deliver food safely according to regulations in different markets, Angele said.

Nevertheless, the health crisis is driving aggressive growth and Foodpanda has seen “positive development” across most of the Asia-Pacific markets it operates in, according to Angele, who said he could not divulge precise figures due to disclosure rules related to the Frankfurt listing of Foodpanda’s parent company, Delivery Hero SE.

He also noted that the crisis is driving demand for Foodpanda’s recently-launched grocery delivery business, new areas like “semi-finished meals” and increased usage by older customers and not just tech-savvy millennials.

Foodpanda operates in 12 markets in the Asia-Pacific region including Hong Kong, Singapore and Malaysia where it competes with the likes of Deliveroo, Grab and Go-jek. In Hong Kong, Foodpanda earlier reported an 80 per cent increase in demand over the Lunar New Year holiday period in January.

“Our slowest growing markets have still been growing by more than three times … and we’re seeing growth in some markets up to 20 times within 12 months,” he said, highlighting Taiwan, the Philippines and Thailand as some of Foodpanda’s strongest markets.

Southeast Asia’s food delivery market is booming and was worth US$5.2 billion in 2019, more than double its value the previous year, according to a report by Google, Singapore’s state investor Temasek Holdings, and US consulting firm Bain and Company. Its overall food market is forecast to surpass US$20 billion by 2025, representing growth of 50 times in a decade, according to the report.

However, the region is diverse and increasingly competitive. Traditional players like Foodpanda and Deliveroo have been joined by tech start-ups such as Grab and Go-jek, which cut their teeth in the ride-hailing market but which are now expanding into broader online services platforms, including food and even banking. 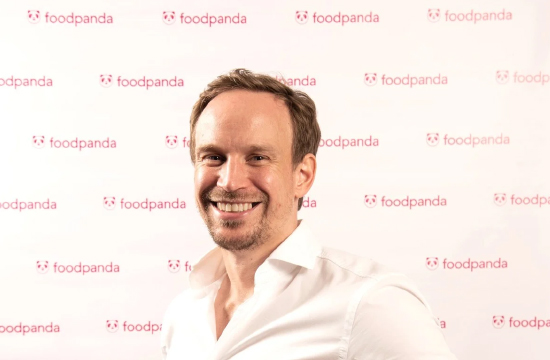 The Covid-19 pandemic is also likely to drag the global food delivery market to slower growth of 3.6 per cent this year to reach a market size of US$111 billion, before resuming to a faster pace of 11.5 per cent annually and reaching US$154 billion in 2023, according to a report from ResearchAndMarkets.com this week. Asia-Pacific was the biggest market for food delivery in 2019, followed by North America, according to the report.

In China, where strict lockdowns and quarantine measures were imposed for around two months after the novel coronavirus began to spread in late January, many people turned from meal deliveries to online groceries for fear of being infected, and platforms have had to innovate with new features such as “contactless” deliveries and “semi-finished” products.

For contactless deliveries, riders drop orders at the door or a designated location such as the concierge rather than handing them to the customer in person. Semi-finished products, meanwhile, refer to those that include all the fresh ingredients for a particular dish, such as Szechuan-style beef, packed together – meaning all the customer has to do is toss the contents into a pan and fry.

While Foodpanda operates in different markets, Angele said the company has also looked into semi-finished products and launched contactless services.

Ultimately, the pandemic will change the way people work and the food delivery business will be no exception, according to Angele. For example, he said, the outbreak has spurred Foodpanda to think of new ways to use technology to protect its network of delivery drivers, such as by automating the onboarding of new riders.

“The industry was still very young and growing extremely fast before the virus situation came about,” said Angele, adding that he expects the trend to continue “simply because we [as an industry are weaving] more into everyday culture”.