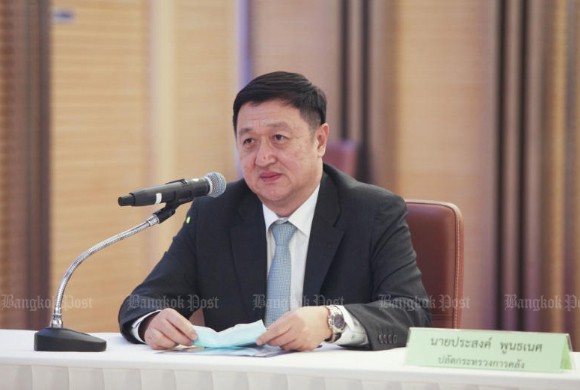 Outgoing finance permanent secretary Prasong Poontaneat. Despite rumours, he will not be the new finance minister, according to the prime minister. (Photo: Arnun Chonmahatrakool)

He said the new finance minister will be a familiar name, but it will not be Mr Prasong, and will be announced next week.

Gen Prayut said reports that Mr Prasong, former transport minister Arkom Termpittayapaisith and Krairit Euchukanonchai were in the running for the job were not correct.

Mr Kraisit is board chairman of PTT Plc and Krungthai Bank.

All three were rumoured to be candidates to replace former banker Predee Daochai, who stunningly resigned from the portfolio after less than a month in office.

Mr Prasong fuelled speculation when he tendered his resignation last week, a move seen by some as preparation for taking a cabinet post.