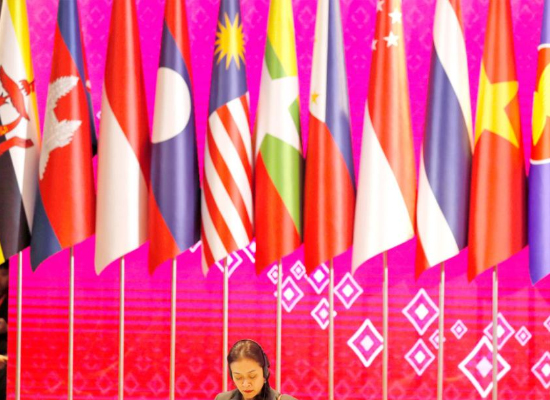 Foreign direct investment (FDI) into Myanmar still lags other countries in ASEAN, according to a report issued by the ASEAN Secretariat last week.

The report ASEAN Investment Report 2019: FDI in Services showed that FDI into Myanmar declined despite record-high inflows into other countries in the grouping.

FDI in Myanmar in 2018 slumped 11 percent to US$3.6 billion, primarily because of a 48 percent decline in investments in extractive industries.

Although the country benefits from over 59 percent of investments from ASEAN countries, Myanmar is the only one among the CLMV countries - Cambodia, Laos, Myanmar, and Vietnam - that saw a decrease in intra-ASEAN investment.

Myanmar continues to be favoured by companies based in Singapore, though many of them are subsidiaries of Chinese or Hong Kong entities.

In 2018, more than 48 per cent of all intra-ASEAN investments went to Indonesia, making it the largest recipient of intraregional investment.

Globally, the ongoing US-China trade war has seen combined FDI to the CLMV countries rising by 4 pc to $23 billion last year, accounting for 15pc of FDI in ASEAN, though Myanmar, along with Laos, still lagged behind.

“Chinese and other Asian multinational enterprises are shifting production to the CLMV countries for cost reasons and in some cases because of the effect of the United States-China trade tensions,” the report stated.

Vietnam took the lead in attracting over US$15 billion of FDI among the CLMV.

“The highest-ever inflows in Cambodia and Vietmam helped the group record the stronger level of investment,” said the report.

The report attributes the regional growth of FDI to the manufacturing industry which received US$55 billion last year compared with $30 billion in 2017. Increasing investment in financial services is another factor, rising from $39 billion in 2017 to $42 billion.

Besides ASEAN, the European Union, Japan, Hong Kong, India and South Korea have contributed largely to this increase.

Receiving more than 66pc of FDI inflows into ASEAN, the services sector (financial services, wholesale and retail, and real estate ) received a significant part of FDI in, making the sector the largest recipient of FDI in ASEAN.

In Myanmar, most of the services FDI flowed into infrastructure activities, including transportation and storage, and information and communications.

Over the period of 2014-18, the former received $3.7 billion and the latter $1.2 billion, representing more than half of the services FDI in the country.