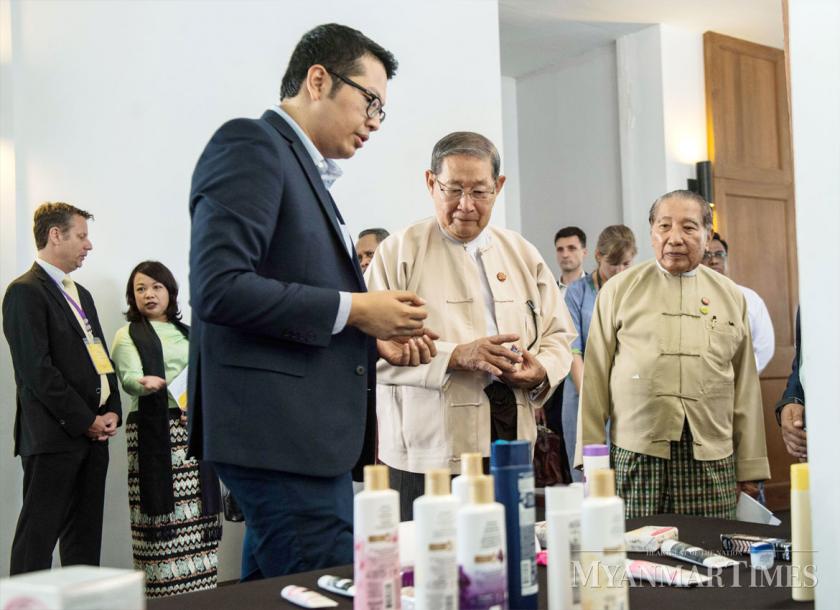 Myanmar will take strict action against illegal trade with the aim of substantially reducing the volume of fake or illegal products entering the market, said U Soe Win, Minister of Planning and Finance.

"Illicit trade can be reduced only if there are strict regulations against it," he said at the Anti-Illicit Trade Forum held in Nay Pyi Taw on Thursday.

Among the actions taken so far is the drafting a system to control the flow of goods via sea, including inspection of containers, establishing a secure lock system and building high security warehouses to store goods in transit.

"Having a system with more control and security can help to weed out illegal trade and establish proper records as well," U Soe Win said.

He added that illegal trade results in a loss of tax revenues for the government and hinders development of local businesses and the economy.

Jeffery Hardy, director general of the Transnational Alliance to Combat Illicit Trade, said illicit trade is prevalent across Myanmar, including illegal logging and wildlife trade as well as production and distribution of counterfeit goods.

According to EuroCham Myanmar, illegal trade volumes in Myanmar during fiscal 2017-18 totaled US$6.4 billion.

Although exports statistics showed Myanmar had a trade volume of $25.1 billion, the EuroCham Myanmar report revealed that actual exports amounted to just $18.7 billion. This already accounts for illegal volumes of beer, whiskey, cigarettes, medicines, electronics, cosmetics and other consumer goods.

The report also estimated that Myanmar suffered a loss of tax revenue of about $364 million from these products.

"The illicit trade will be reduced if more is done to encourage legal imports," said U Zeyar Kyi Nyunt, deputy director general of the Internal Revenue Department. - Translated