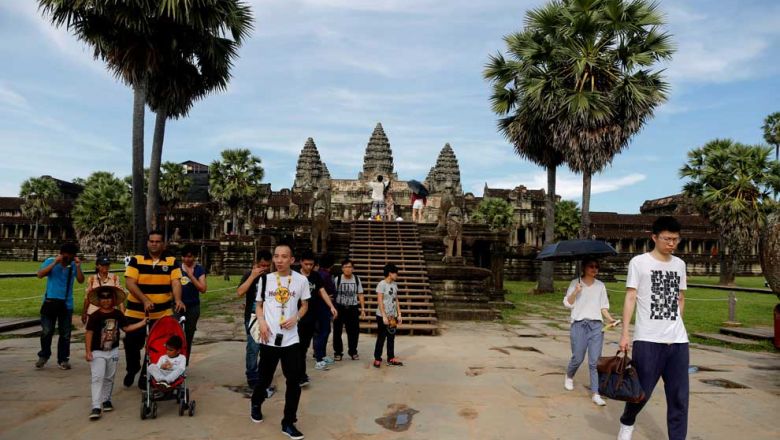 The government is set to roll out the Four-Strategic Plan for Tourism Development aimed at reviving tourism in the Kingdom`s northern provinces, an inter-ministerial committee meeting has decided. POST PIX

The government is set to roll out the Four-Strategic Plan for Tourism Development aimed at reviving tourism in the Kingdom`s northern provinces, an inter-ministerial committee meeting has decided.

The two main tourist destinations discussed were Angkor Archaeological Park and the Preah Vihear temple complex, which saw a 9.7 per cent and 5.5 per cent drop in tourists during the first seven months of the year.

During the committee`s third meeting on Monday, Minister of Tourism Thong Khon and Minister of Environment Say Sam Al unveiled the masterplan for tourism development in the northern provinces and a 2019-2020 short-term action plan under the slogan - "turning challenges into opportunities".

"We are currently working actively to make Cambodia a quality tourist destination, meaning that apart from efforts to strengthen services, the sale of fake products to cheat tourists must also be stopped," he said.

He said the authorities would not allow the sale of counterfeit souvenirs and jewellery to continue as it causes a significant impact on Cambodia`s tourism destinations and national prestige as a whole.

Pacific Asia Travel Association president Thourn Sinan said he welcomed the plan. However, he said it must be implemented transparently to benefit the entire sector.

He noted that the decline in tourist arrivals in Siem Reap province since the beginning of the year stemmed from external and internal factors.

"The [main] external factor is that the world economy is not growing well, especially due to the prolonged trade war between China and the US.

"Internal factors include infrastructure, environmental management and sanitation, which is not good," said Sinan.

The most important thing, he said, is for stakeholders in the sector to remain committed.

Tour guides, tourist transporters and sellers often bring their clients to where they can benefit the most from them, without considering the impact they have on the tourism industry.

"We can make a lot of money from these actions, but they will have a long-term impact, especially for the community as a whole," he said.

As beneficiaries of the tourism sector, he said, hotel owners, guesthouses, restaurants and all stakeholders should do their part to promote regional tourism potential, and not merely wait for authorities or tourism associations to act alone.

Participating at international exhibitions is crucial to promoting the Kingdom`s tourism potential, but many would-be benefactors choose not to invest money to do so, said Sinan.

According to the Ministry of Tourism report, in the first seven months of this year Cambodia welcomed 3.84 million foreign tourists, up 11.1 per cent on the same period last year.