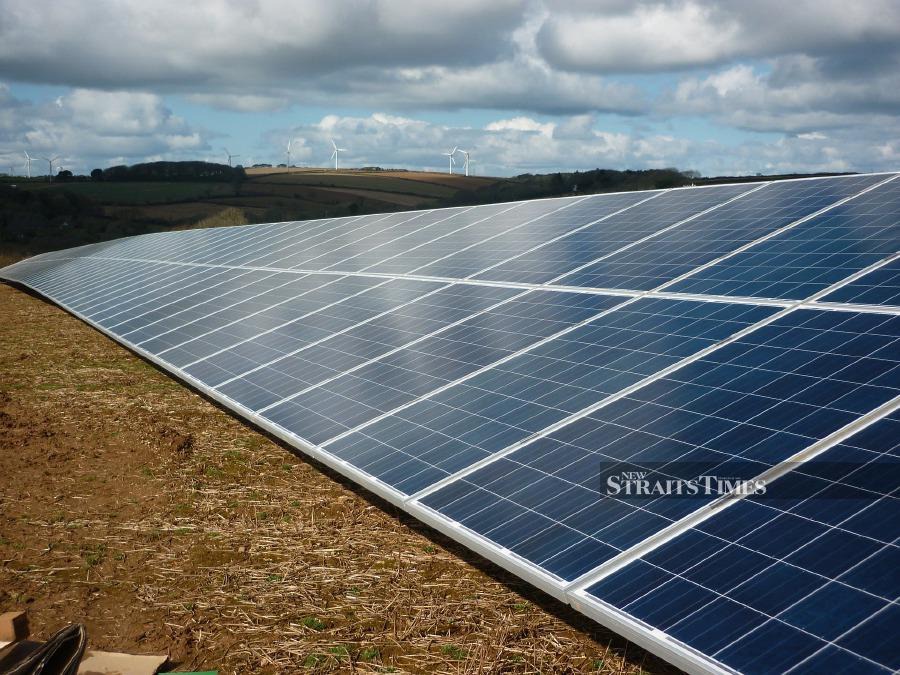 Plans for the development of solar and other renewables remain less well developed in Malaysia, Indonesia and the Philippines, accoridmng to The Economist Intelligence Unit. NST file pix

Plans for the development of solar and other renewables remain less well developed in Malaysia, Indonesia and the Philippines, accoridmng to The Economist Intelligence Unit.

Indonesia and Malaysia sourced 12 per cent and 15 per cent of their total electricity output from renewable sources respectively in 2018, based on the EIU estimates.

"However, these figures look relatively modest compared with efforts elsewhere, and the two countries` governments do not appear to have committed wholeheartedly to shifting their energy mix," the EIU said in its latest report.

The EIU said Southeast Asia had traditionally relied on fossil-fuel-fired power generation to drive its growth.

It estimates that combustible fuels accounted for 82 per cent of total power generation in 2018 in the region`s six largest economies. Yet there are signs that this may be changing.

"In the face of pressure to reduce carbon emissions?as well as a shift in the cost of producing electricity from renewable sources relative to coal?policymakers in some countries are reassessing power policies," it added.

The EIU said progress towards more sustainable energy strategies had varied substantially among the members of the Association of Southeast Asian Nations (Asean).

Although fossil fuels still dominate the energy mix in most of the grouping`s economies, Singapore and Thailand have at least relied more on natural gas, which produces less carbon dioxide (CO2) when burned.

By contrast, coal - often regarded as one of the dirtiest forms of fuel both in terms of CO2 emissions and more toxic pollutants - continues to play a major role in many of the region`s economies.

The EIU estimated that in 2018, coal-fired plants accounted for 31.3 per cent of electricity generation in Vietnam, 42.5 per cent in Malaysia, 45.4 per cent in the Philippines and 52 per cent in Indonesia.

"This target stands out as being relatively modest by global standards, but it will be tough to meet. Even in power generation, which forms only part of the total energy mix, renewables accounted for just 17.6 per cent of total generation in 2018 by our estimates," the EIU said.