CIMB Group targets up to 7.0 pct loan growth this year 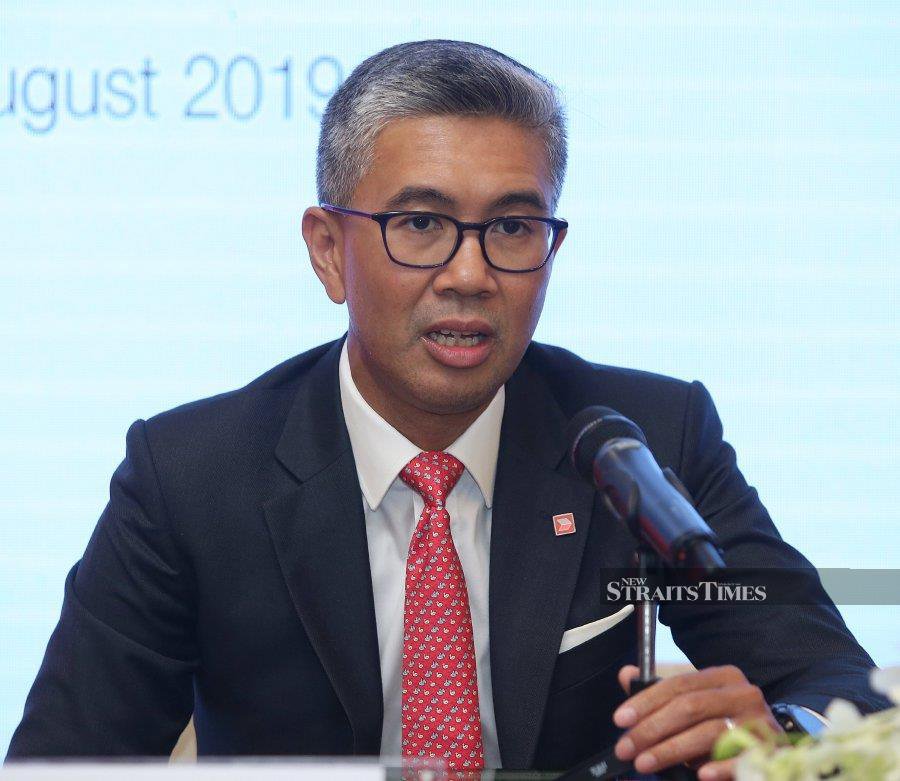 CIMB Group Holdings Bhd has targeted a six per cent to seven per cent loan growth this year.

"For the second half of this year, we will focus more on several key aspects of loan growth, revenue generation and asset quality management.

"Our key financial targets for the core markets are also on track, despite the challenging operating environment due to the US-China trade war that has changed the global economic prospects," Tengku Zafrul said at a briefing on its first-half results here today.

This translated into a net earnings per share of 28.1 sen and an annualised return on average equity of 9.7 per cent, CIMB Group said in a statement today.

The 14.5 per cent increase underpinned by the group`s above-industry loan growth in Malaysia and better treasury and markets income, Tengku Zafrul said.

CIMB Group, he said, would continue to invest in its people and technology, particularly in the next two years, to achieve its Forward23 objectives.

The group declared a first interim net dividend of 14.0 sen per share to be paid via cash or an optional dividend reinvestment scheme.

This amounted to a payment of RM1.36 billion, translating to a dividend payout ratio of 50.4 per cent of the first-half profits.

Net interest income grew 3.3 per cent YoY from the 6.9 per cent loans growth, while the 8.5 per cent improvement in non-interest income came largely on the back of better capital market activity in the second quarter of 2019.

Its operating expenses rose 8.7 per cent YoY from incremental investments and Forward23-related expenses, bringing about a Cost-to-Income Ratio of 53.2 per cent for the first half.

Loan loss provisions declined 15.7 per cent to RM629 million resulting in an 8.7 per cent growth in the group`s pre-tax profit to RM3.56 billion.