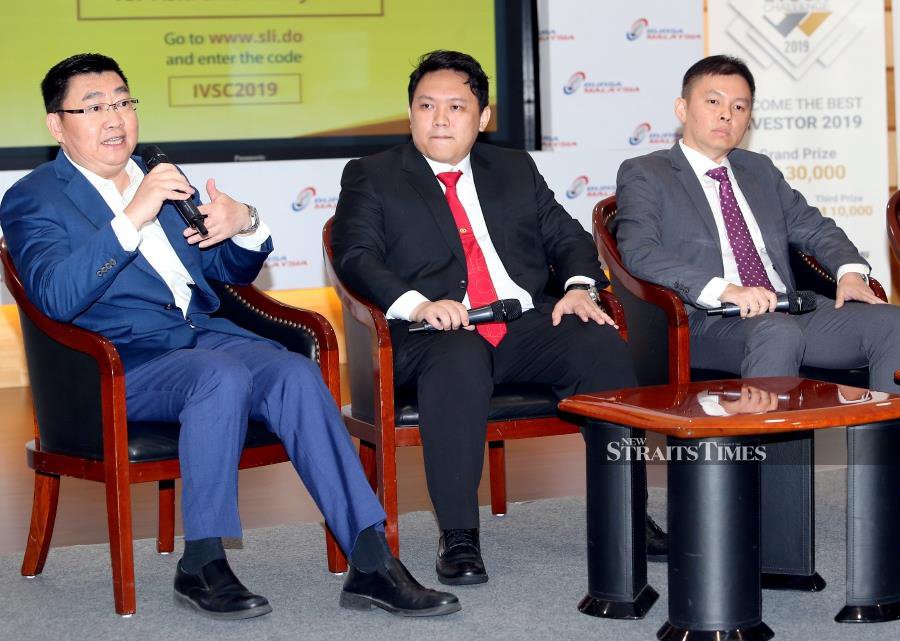 Economists and analysts recently forecast Malaysia`s economy to grow at 4.5 per cent this year to RM1.51 trillion from 2018`s current price of RM1.45 trillion.

"Since January until now, the FTSE Bursa Malaysia KL Composite Index has fluctuated and been on a downtrend recently due to the uncertainty from prolonged US-China trade war, that have also exacerbated performances of stock markets across the region," said Affin Hwang Capital head of research and economist Alan Tan.

"In anticipation of threat of global supply trade disruptions, with likely new tariffs being imposed on China goods, we take a cautious view on the global economy, going forward.

Malaysia`s economic growth is expected to slow down but remain healthy at 4.5 per cent this year from 2018`s 4.7 per cent due to steady domestic demand," Tan added.

Tan is part of a panel discussion recently held in conjunction with the Inter-Varsity Stock Challenge 2019 (IVSC) that is endorsed by Bursa Malaysia.

"We think the economy would grow slower and the Finance Ministry when tabling Budget 2020 on October 11, 2019 in Parliament will most likely adopt an expansionary stance that would eventually trickle down to firmer consumer spending," Ching said.

Malaysia`s Chief Statistician Datuk Seri Dr. Mohd Uzir Mahidin had reportedly said by using data from the Economic Census 2016 and Supply and Use Tables 2015, the GDP base year of 2015 allows for a more accurate reflection of current economic conditions.

Therefore, for 2018, the chief statistician confirmed Malaysia`s economy grew 4.7 per cent (at 2015 constant base prices) to RM1.45 trillion from RM1.38 trillion.

"Market movements are a lot faster, with shorter period, higher swings. It`s how we respond. So, we need to adapt to this new norm," said Chai.