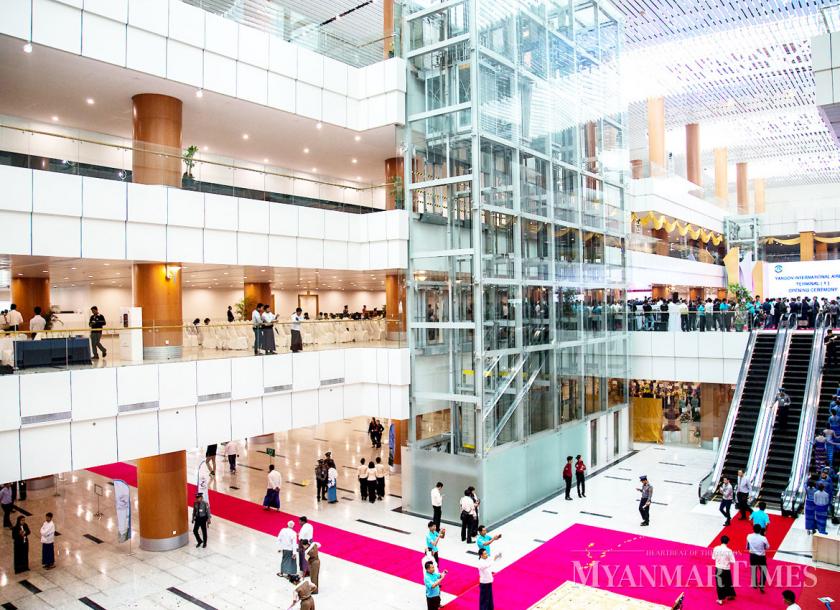 Myanmar and Japan will form a joint venture and sign an agreement next year to kickstart the long postponed Hanthawaddy International Airport project located 80km north of Yangon near Bago.

While details on cost have not been announced, the last tender valued the project at US$1.5 billion. The Japan International Cooperation Agency has estimated the project to cost US$2 billion.

The new airport would be built on some 3600 hectares of land belonging to the Department of Civil Aviation (DCA). Also, an updated design for the airport would have to be approved, with a connection to the railway network included.

Discussions are also underway to link the new airport with Yangon via an express highway in the first phase and an express railway in the second phase.

Both Ministry of Transport and Communications deputy permanent secretary U Aung Ye Tun and DCA deputy director general U Ye Htut Aung told The Myanmar Times that the airport project has the backing of the government and has been given the priority to start as soon as possible.

"Both sides are negotiating to implement Hanthawaddy International Airport supported by Japanese loans. After negotiations are complete, the next is conducting surveys at the grounds," U Aung Ye Tun said.

U Ye Htut Aung added that Myanmar and Japan will sign the agreement in 2020, after tenders to Japanese firms likely to be conducted as soon as the third quarter of this year.

"If the tender is successful, we can sign contracts in early 2020 and construction can begin immediately," he said, adding that Narita International Airport Corporation may be one of the Japanese companies interested in the tender.

The project, which was first initiated in the early 1990s, has had a troubled history as interested parties struggled to get financing for the project.

There were also several disagreements between the Myanmar government and past partners. A South Korean consortium led by Incheon International Airport Corporation won the tender that was called in 2012, which valued the project at US$1.1 billion. However, disagreements led to a fresh tender being called in 2014, which was subsequently won by a Japanese-Singaporean consortium that included Changi Airports International. That tender valued the project at US$1.5 billion. The agreement lapsed in 2018 without any construction taking place.

The project`s other complications include the need for ground transport links between the airport and Yangon as well as the role that Yangon International Airport will play following the opening of the new airport. Initially scheduled to be operational by last year, the project was pushed back to 2022. No new dates for completion and operation has been announced from the current discussions.

The reason for the growth in traffic was the addition of routes and destinations, including China Eastern Airlines, which last month launched a direct Shanghai-Yangon flight using Airbus 320 aircraft operating three times a week. China Eastern is expecting to transport a total of 360,000 passengers between Myanmar and China this year, said Ho Chee Tong, CEO of Yangon Aerodrome Co. Ltd. (YACL). A unit of Asia World, YACL operates Yangon International Airport.

YACL is currently in the process of expanding the capacity of the Yangon airport building. Construction of domestic Terminal 3 has already been completed while Terminal 1 and Terminal 2, which caters to international flights, are now still under renovation. Consequently, Yangon International Airport will see its capacity hitting 10 million, according to the DCA.

"But the airport will still reach its maximum capacity within the next four or five years. When that happens, we need to have a new international airport ready," said U Ye Htut Aung.

YACL chair U Tun Myint Naing has been part of discussions on the Hanthawaddy International Airport project.

U Ye Htut Aung added that the DCA will meet with representatives of airlines as well as the Yangon Region government to get their views.

He acknowledged the worries that stakeholders of Yangon International Airport have over its future as a result of loss of business to Hanthawaddy. "A win-win deal will be negotiated," he said.

Bago Region finance and planning minister U Nyunt Shwe said the new airport would benefit Yangon too as more planes can land in Bago for visitors to continue their journey to the country`s commercial capital.

"Presently, as about 700 airplanes fly over Bago each day, Myanmar will benefit from having an airport in Bago and this will also help to improve transportation networks between Bago and Yangon," he said, adding that preliminary works were already being carried out at the new airport site, with the area being fenced in and nearby residents being compensated as the government took over their land. - Translated