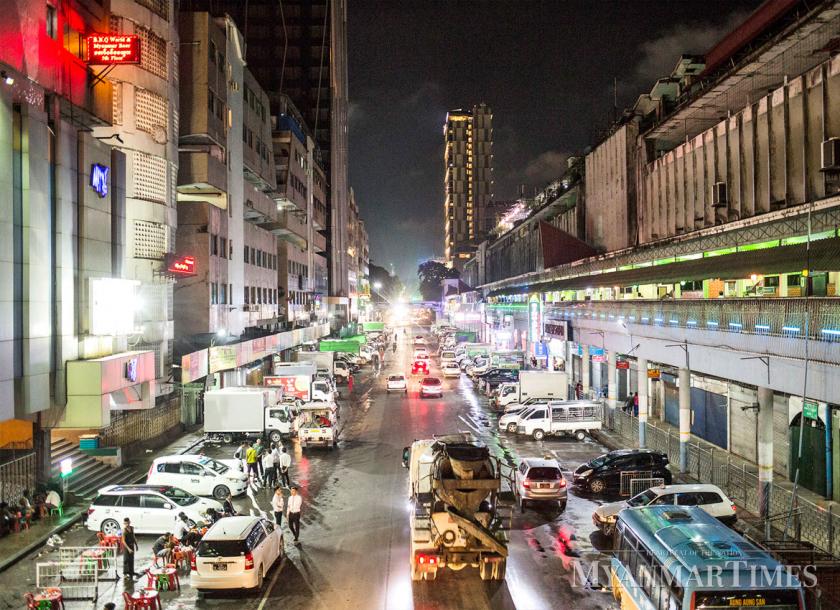 Yangon experienced rolling blackouts this year as a result of a shortage of power. Zarni Phyo/The Myanmar Times

The Minbu Solar Power Plant project, which will be completed in four phases, will have the capacity to generate 170MW of power and produce 350 million kilowatt hours per annum, which is sufficient to electrify about 210,000 households.

Construction first began in February 2018 under a Build, Operate and Transfer arrangement between Green Earth Power (Myanmar) Co and the government.

The Minbu plant is part of a longer term goal to electrify the entire country by 2030, said Daw Aung San Suu Kyi. By 2021, at least 55pc of the country is expected to receive access to power.

This will achieved by adding to capacity via power projects of different sizes, including power generated by foreign investors and state-owned plants and the expansion of power transmission lines, availability of investment funds and economic viability at privately-owned plants.

The country will not rely on a single source of energy, the State Counsellor added. For example, while developing hydropower plants, which are expensive and require a long term view, additional power can be generated using solar, liquefied natural gas (LNG) and natural gas.

Arrangements have also been made to provide about 1,200MW of power with LNG and gas-fired plants over the short term, adding to the 393MW of power generation capacity completed in the first six months of this year. Between 2016 and 2019, a total o 746MW of capacity was added.

At current levels, Myanmar produces between 2900MW and 3100MW of electricity, enough for just 44pc of the country. This is up from 34pc in 2015-16, when the NLD-led government first took power. Between 2016 and 2019, a total of 68 townships and 5,191 villages have received round-the-clock access to electricity, according to state media.

The launch of Minbu Solar Power Plant comes two days after the Ministry of Electricity and Energy (MOEE) announced substantial hikes in electricity prices for both residential and business users from today onwards.

Before the hike, electricity was provided to the public at a loss of K507 billion in the 2017-18 fiscal year and losses rose to K630 billion in 2018-19, according to data from the Ministry of Planning and Finance.