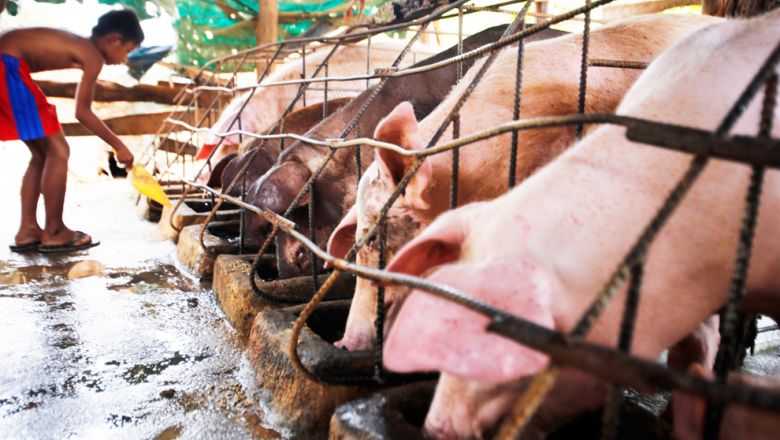 The Minister of Agriculture has rejected a request from a Vietnamese company for Cambodia to allow it to export pigs into the Kingdom, while Vietnam continues to suffer a serious outbreak of African swine fever.

General Directorate of Animal Health and Production director-general Tan Phannara said after the meeting on Monday that the Vietnamese representatives had requested permission from Minister of Agriculture Veng Sakhon to allow pigs to be imported from the country, but the proposal was rejected.

"We stopped all imports of pigs from Vietnam, and now the company wanted us to let the practice resume, saying that its pigs were free from the disease. But we did not agree," he said.

Cambodian Livestock Raisers Association president Srun Pov told The Post on Tuesday that since the Ministry of Agriculture, Forestry and Fisheries halted the import of pigs from Vietnam, Cambodia has only imported pigs from Thailand.

"We have to restart the industry locally. About 70 per cent of large pig farms are still operating. We are about 30 per cent short of meeting our domestic needs, and imports are now entirely from Thailand," he said.

"Other countries won`t allow imports from any country with African swine fever. Vietnam should be aware of that. It cannot request any country to accept its pigs at this time," he said.

Phannara said his department alone had cracked down on 30 cases of pigs being illegally imported from Vietnam - a total of some 600 animals - since the disease was detected in Ratanakkiri province in March.