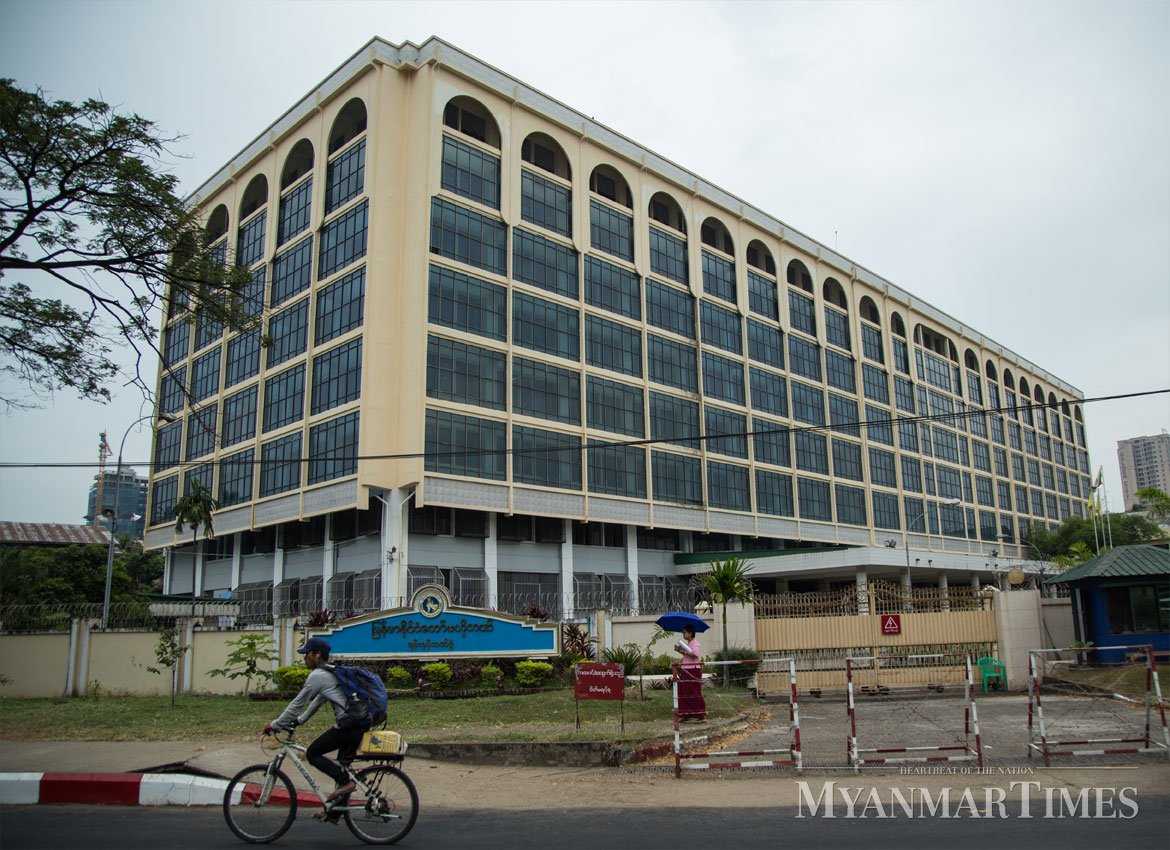 이미지 확대
Myanmar has a high chance of falling back into the category of "high-risk" country on an international money-laundering watchlist because of its failure so far to impose and enforce adequate safeguards, according to officials and experts.

They warn that Myanmar`s likely return next year to the "grey list" of states compiled by the Financial Action Task Force (FATF) could reduce the investment appetite of risk-averse international banks and give the US more leverage to reimpose financial restrictions.

The Paris-based FATF, an intergovernmental organisation, removed Myanmar from the list of states deemed weak in combating money laundering and terrorist financing in June 2016 based on progress the country had secured.

However, an evaluation report from the Asia-Pacific Group on Money Laundering (APG) late last year identified many weaknesses, particularly concerning implementation. It said financial institutions and Designated Non-Financial Businesses and Professions (DNFBPs) lack understanding of high-risk issues, and few banks had moved to a risk-based approach.

DNFBPs refer to non-financial institutions that pose a money-laundering risk, such as casinos, accountants, lawyers, real estate agents, dealers in gemstones and so on. The report said they had not begun to implement any anti-money laundering and terrorist financing controls, and there were serious concerns over the bodies designated to supervise them.

The evaluation said the Central Bank of Myanmar had made "significant progress" towards risk-based supervision of banks but that its enforcement approach was "ineffective". The financial institution did not respond to a request for comment from The Myanmar Times.

The FATF`s observation period ends this October and it will decide next February whether to categorise Myanmar as high-risk. High-­risk states are those on the strategic weaknesses list ? also known as the "grey list" ? as well as those on a more serious "black list" reserved for countries with no action plan. Myanmar was on the black list from June 2011 until moving to the grey list in February 2016 for less than a year.

"The mutual evaluation did identify a number of gaps or deficiencies similar to those of some of its neighbors. As a consequence, it is extremely likely Myanmar will be brought under FATF review and enter the FATF `grey list` later this year or possibly early next," said Christopher Batt, an anti-money laundering adviser with the UN Office on Drugs and Crime (UNODC).

Both the International Monetary Fund (IMF) and the Yangon-based Myanmar Centre for Responsible Business (MCRB) have also cautioned that the country needs to make significant progress by the end of this year to avoid returning to the grey list.

A relisting would mean other countries and their financial institutions will find it more difficult to do business with Myanmar. FATF calls on member and non-member states to enforce stronger due diligence and counter-measures when dealing with countries deemed high risk.

Myanmar expects to finalise and enact amendments to the anti-money laundering and terrorism financing legal framework by the third quarter of this year, according to the IMF.

"Greylisting contributes to a raised cost of doing business by complicating transactions and making it harder for straightforward bank transfers. Risk-averse overseas banks would rather avoid carrying out transactions with Myanmar, than risk being accused of money laundering," said MCRB director Vicky Bowman.

The US Treasury Department granted Myanmar a further exemption from Patriot Act 311 soon after its graduation from the watchlist in 2016. A former US Treasury official told The Myanmar Times that being greylisted by FATF would not necessarily or directly lead to the cancelling of the 311 exemption. But if the US wanted to pressure Myanmar on certain issues, Washington could possibly use the greylisting to threaten that the 311 measures would be reimposed, he said.

Myanmar has an action plan to address the various deficiencies and the authorities are setting in motion efforts to work to the plan with the support from UNODC, the IMF and others.

"Only time will tell if progress can be made in the time available," commented Mr Batt. If not, Myanmar risks being moved to a grey list and, in the worst case scenario, a black list which can bring serious consequences such as loss of corresponding banking arrangements and a possible reduction in overseas investment.

"But that is a long time down the track if indeed Myanmar finds itself there."

Greylisting means that foreign financial institutions will need to employ enhanced due diligence when investing in local banks, according to business information firm Frontier Myanmar Research (FMR). But the banking sector reform is not expected to be substantially affected.

"Myanmar being placed on the grey list will have some impact on the economy as a whole, specifically in terms of trade settlement and gaining access to offshore loans," said Ko Aung Thaw Zin, research analyst at FMR`s financial monitoring services.

But investors and bankers familiar with the FAFT system are already aware of the risks. The measures put in place in 2016 were unlikely to be working very well. Regardless of the categorisation, the current anti-money laundering framework is much stronger than it was, Ko Aung observed.

International lenders have been eager to take stakes in Myanmar banks for years. Ko Aung noted that the risk of greylisting did not deter those overseas banks which submitted their applications months after the FAFT evaluation report came out in late 2018.

A representative of CB Bank said it would highly benefit foreign investment if Myanmar were to become a member of the FAFT or APG.

Currently, Threshold Transaction Report (TTR) amounts are set at K100 million and there is a massive circulation of physical cash. This is largely due to the fact that real time interbank transactions via physical and digital channels are absent.

"As the platforms to facilitate real time payment start to develop, we will begin to see more transparency and transaction history. TTR rates can then be reduced as per international standards which will greatly aid in the fight against anti-money laundering," the representative went on.