Viet Nam willing to work with the US on currency issues: SBV 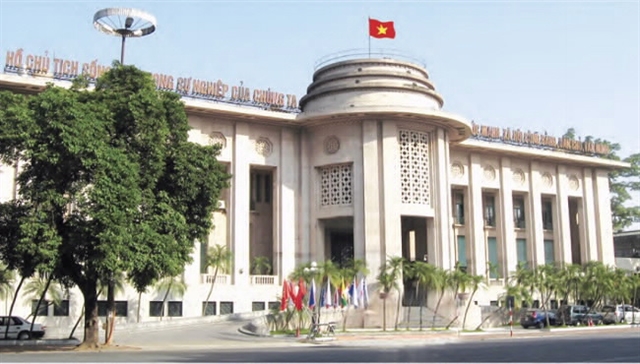 The State Bank of Viet Nam (SBV), in conjunction with other Vietnamese ministries and agencies, will continue to share information with the US Treasury Department and co-operate to tackle issues of concern.

The SBV released the statement on Wednesday after the US Treasury on Tuesday added Viet Nam to its currency manipulation watchlist.

The Vietnamese central bank said it would continue to regulate monetary policy to control inflation, stabilise the macro-economy and support economic growth at a reasonable level.

"We will continue to regulate the exchange rates flexibly in line with domestic and international market movements as well as Viet Nam`s economic characteristics, with no aim of creating an unfair international trade competitive advantage," the SBV said in the statement.

According to the SBV, Viet Nam was added to the list in the US Treasury Department`s May report because the country met two of three criteria that the US uses to label a country as a currency manipulator: a current account surplus with the US equivalent of 2 per cent of gross domestic product (GDP) and a trade surplus of at least US$20 billion.

Viet Nam has a trade surplus with the US that has risen over the past decade to reach $40 billion in 2018, while the country`s current account balance with the US has also been rising over the past decade, reaching a surplus of more than 5 per cent of the GDP in the four quarters through June 2018, according to the US Treasury`s report.

With Viet Nam on the list, the Treasury Department will keep watch over the nation`s trade, current account and macro-economic and monetary policies. It may continue to exchange information and work with relevant Vietnamese agencies if necessary.

The US Treasury issues a report twice annually on foreign currencies. In the May report, the number of countries under scrutiny for possible manipulation rose to 21 from 12 after the Treasury altered one of the three criteria.

Previously, one of Treasury`s triggers to examine currency manipulation was a current account surplus - the difference between the amount a country exports and imports - of 3 per cent of gross domestic product. For the current report, it lowered the threshold to 2 per cent.

Although the Trump administration did not label any country a currency manipulator seeking to gain unfair trade advantages over the US in the May report, it did name a watchlist of nine countries: China, Japan, South Korea, Germany, Italy, Ireland, Singapore, Malaysia and Viet Nam. - VNS