Maybank to continue investing in Asean 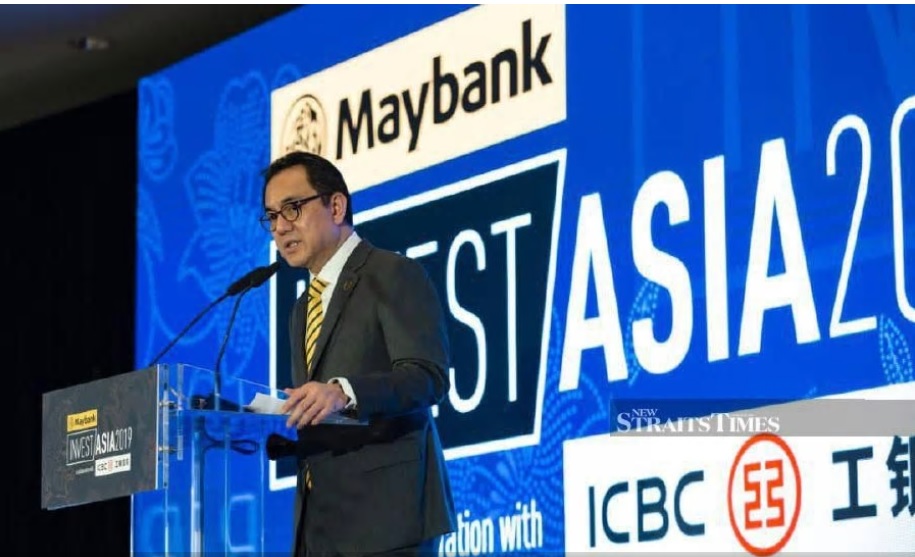 Malayan Banking Bhd president and chief executive officer Datuk Abdul Farid Alias says the banking group will continue to invest in Asean, amid global uncertainties and trade tensions between the US and China. Pix courtesy of Maybank.

Malayan Banking Bhd (Maybank) will continue to invest in Asean, amid global uncertainties and trade tensions between the US and China, president and chief executive officer Datuk Abdul Farid Alias said.

Established in 1960, Maybank is Malaysia`s largest financial services group with presence across 18 countries, including all 10 Asean countries.

Outside of Asean, Maybank has branch offices in China, Hong Kong, Saudi Arabia, India, Pakistan, the UK, the US and Uzbekistan.

"We must continue to invest here (in Asean) because our communities have never failed us," Farid said to an audience of more 1,000 corporate leaders, fund managers, economists, stock analysts and media practitioners at Invest Asia 2019 here today.

The conference is organised by subsidiary Maybank Kim Eng and ICBC International, a Hong Kong subsidiary of Industrial and Commercial Bank of China Ltd.

While there is global economic uncertainties fueled by the ongoing trade war between the US and China, Farid highlighted the share of intra-Asian trade to total trade had accelerated to 61 per cent in 2018 from 57.3 per cent in 2016.

He highlighted growth potentials in the region, saying a vast majority of Southeast Asians still did not have a savings account or access to credit facilities. "Only 27 per cent of the region`s population have a bank account."

In propelling sustainable development, Farid said greater financial literacy and improved access to capital across all income groups, were critical goals to achieve as Asia prioritises values of diligence, frugality and social collectivism.

He went on to list socially-focused innovations initiated by governments in Southeast Asia.

In 2016, the Thai government had set up the National Taskforce on Social Impact Investment to catalyse impact investing and support the sustainable development goals agenda.

In Singapore, the government had commenced the Women`s Livelihood Bond by the Impact Investment Exchange to raise capital through private instruments on the Singaporean Exchange towards impacting the lives of over 385,000 women across southeast Asia.

In Malaysia, Farid shed light on the government`s Social Outcome Fund which directs public funding for innovation towards social enterprises in marginalised communities.

In the current global uncertainty, Farid said the benefits of such financial products incorporating environmental and social improvements had been facilitating sustainable development across Asean countries.

The two-day conference showcases 51 of the region`s most investable companies, ranging from large to mid-sized public listed companies with market capitalisation totalling US$413 billion.

This year, the Invest Asia series, which has been organised since 2014, carries the theme "From Globalisation to Regionalisation: Sustainable development in a divided world".

It hosted over 240 local and regional fund managers from Singapore, Malaysia, China, Hong Kong, the Philippines, Thailand, the UK and the US with a total estimated assets under management of US$11 trillion.