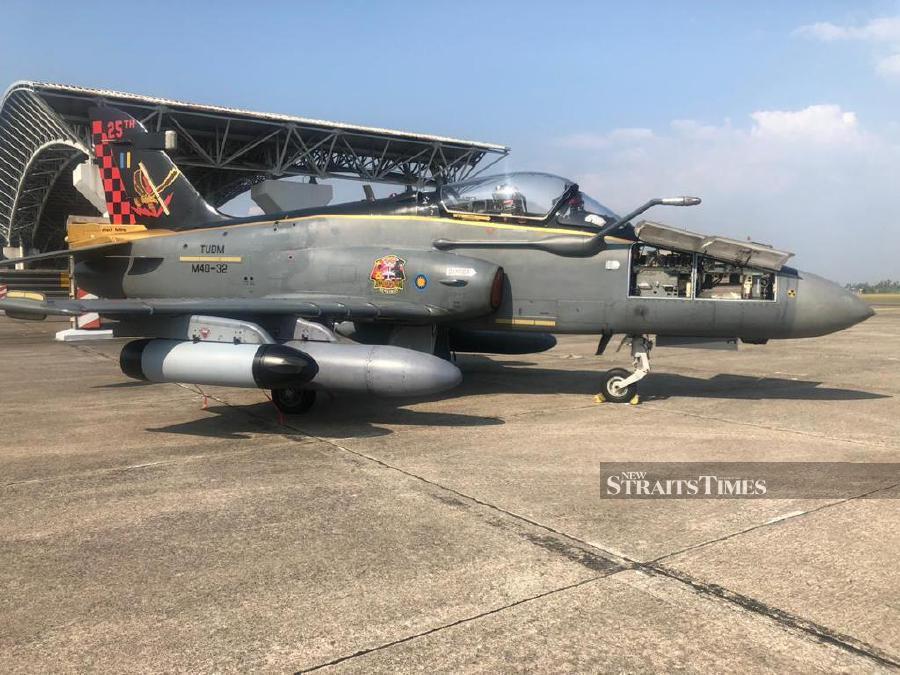 BAE Systems plc, the British multinational defence, security, and aerospace company, would continue supporting Malaysia to keep its light combat aircraft (LCA) `relevant` and `effective` in the next 15 to 20 years with updated capabilities. Picture courtesy of BAE Systems.

BAE Systems plc, the British multinational defence, security, and aerospace company, would continue supporting Malaysia to keep its light combat aircraft (LCA) `relevant` and `effective` in the next 15 to 20 years with updated capabilities.

Lavin said currently BAE Systems` focus would be for the maintenance and improvement of RMAF`s LCA capabilities, instead of promoting the company`s multi-role combat aircraft ? the Eurofighter Typhoon.

"BAE Systems is not bidding or submitting anything at the moment because we have trainers and LCA for RMAF," he added.

Lavin said there would be opportunities for BAE Systems to do enhancement programme via LCA`s operational capability comprising radar, avionics and system sensors.

"We are working with RMAF for various enhancement programmes with regular engagement to be able to ensure to keep the aircraft effective and available," he said.

It was learnt that the fighter jets currently being used to monitor the airspace at the South China Sea and the eastern part of Sabah.

To recap, RMAF chief General Datuk Seri Affendi Buang recently said the aircraft, which had been in service for nearly 25 years, would require an upgrade in terms of its technology.

However, he said RMAF would require between RM6 billion and RM7 billion of funding from the government to acquire 36 LCAs, enabling the air force to keep up with advanced technology and capability.

Affendi said RMAF`s new requirement for the LCA would be dependent on the government`s ability to afford procurements, as well as its priorities.

Lavin said BAE Systems would help RMAF to sustain the latter`s LCA lifespan with relevant upgrades in terms of the technology to train and its capability to do a mission.

"The natural progression for an aircraft in service will be constantly upgraded because the lifespan of the aircraft is huge and evolve," he said.

Lavin said the company was in discussion with RMAF and the government of Malaysia for the number of enhancements to include making the aircraft relevant for the next 15-20 years.

"That`s a normal process and we are no difference. We are regularly talk to the RMAF with proposals about how to keep its fleet of aircraft current to the threat, effective for mission/trainer and available (without service ability problem)," he said.

Lavin said Hawk was a good platform and well-regarded and the upgrade would ensure it continues to be effective and successful to undertake various missions.

RMAF took delivery of the Hawk in 1976 and upgraded new version of enhancements for the next 25-30 years.