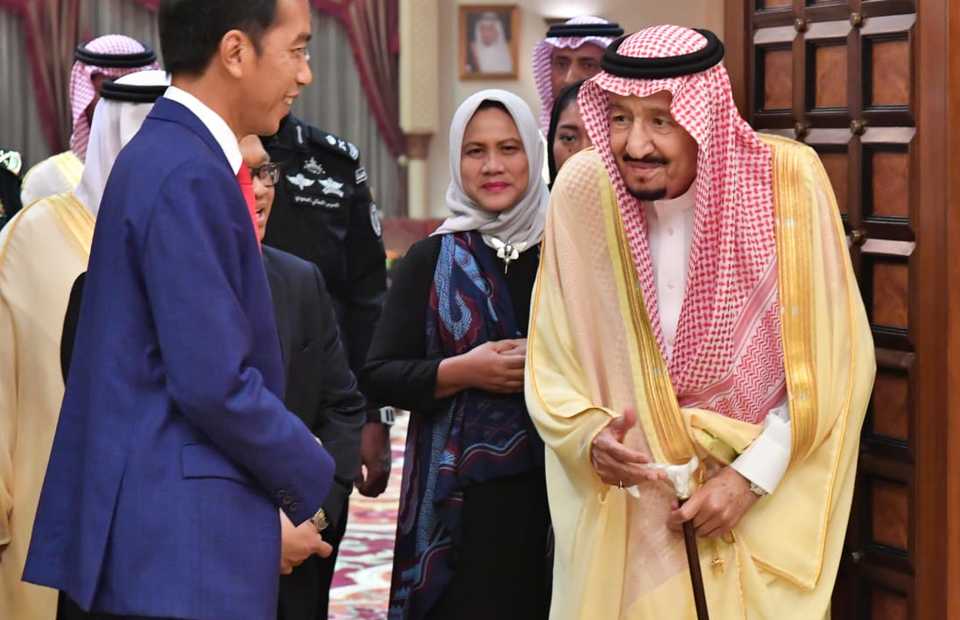 "President Jokowi and King Salman agreed to increase economic cooperation in the future, especially in the energy and tourism sectors," Indonesian Foreign Minister Retno Marsudi said after the meeting.

The Saudi government has also agreed to raise Indonesia`s annual hajj quota by 10,000 to 231,000 pilgrims.

Ace Hasan Syadzily, deputy chairman of House of Representatives Commission VIII, which oversees religious affairs, said Indonesians currently spend up to 18 years on average on a waiting list to perform the hajj pilgrimage.

He added that the increased quota would not have been granted if Indonesia did not have close ties with Saudi Arabia.

They also discussed ways the two countries can work together to support the Palestinian cause.

"As we know, the future of Palestine is becoming more unclear and it is the duty of Saudi Arabia and Indonesia to continue improving cooperation and to support the Palestinian cause," Retno said.